Getting Your Money's Worth? 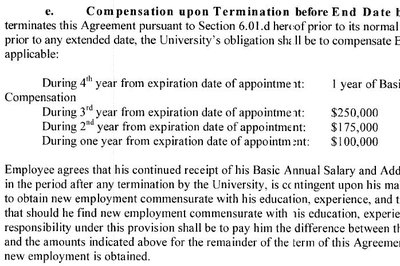 Quinn by the numbers.

Tim worked the FOIA like a seasoned SEC blogger and found the details of the extension once it was signed in mid-September. This reignited the anger over the extension mainly because Baylor and Stony Brook had broken the UB fans.

More: Quinn's Compensation in MAC Terms UB and Quinn Come to Terms Why Do I Even Care About UB Athletics

UB fans had two weeks to focus on the extension, a 70-13 loss at Baylor and a 3 point five overtime win over Stony Brook that should have been a loss. It was as dark a time at UB Bull Run as any I could remember. UB often lost, but they rarely fell so short of expectations.

At 1-2 on the season, 10-29 as a coach and 6-29 against FBS competition, Jeff Quinn would be UB's coach for 4 more years. A few months later, UB would find themselves 7-2, in first place in the MAC East and on the precipice of a very special season.

More: Enough is Enough UB Escapes Stony Brook A Win is a Win