One of the most controversial topics of the year, the dismissal of Rudy Johnson was troubling on many fronts. The story of athletic pursuits taking precedent over academic and career efforts is disgusting for a University that prides itself on their academics and honestly does not have the football results to justify such a stance.

Rudy Johnson No Longer a Bull 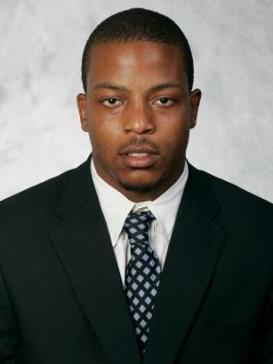 Even more troubling to me were so many willing to applaud coach Quinn's decision. An archaic army like exaltation to blind adherence to unjust rules. Many thought if Quinn is paying your tuition and he doesn't want you to take an internship, you don't deserve to have a scholarship. The argument is as circular as it is ludicrous. In a post-recession era where the most valued quality is critical thinking, some feel it is just to punish a kid for critically determining what was best for his own future, rather than leave that decision in the hands of a man with his own agenda (to win games).

As a black man, I already am skeptical of the racially exploitative nature of college sports. I was upset by the decision to remove Rudy Johnson, who happened to be the only black football player at UB to make the MAC All-Academic Team.

Another troubling issue was this story was swept under the rug. The Buffalo News didn't jump on it. Coach Quinn, and AD Danny White didn't comment on concerns. It's almost as if one athlete, especially one not in the starting 22, wasn't that big of a deal to the men in charge.

More: How Important Is The One?

The effect of the Rudy Johnson story was negligible in 2013, but one can only wonder what the effect will be in the future. When Quinn sits with recruits, they will have to wonder, will they be the Next Bull In that doesn't matter.