Men's Basketball came into 2013 a disappointing 5-8, the Women's team was 2-11. The highly anticipated season following a 1-7 start to the football season, found itself eclipsed by the 3-1 finish by Bulls football and the uninspiring play at Alumni Arena.

The Men's team continued to disappoint, winning 3 of their next 10 games standing at 8-15 (3-6). The Women however stormed through January winning 5 of 8 to improve to 7-14 (5-2). The rare reversal of fortunes allowed Bull Run time to get to know the Women's Basketball team. 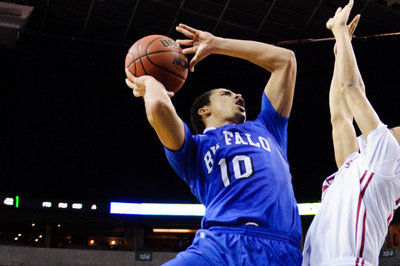 Buffalo rights their ship by doing what no other MAC team has managed this season.

Buffalo's Men came back to form, winning 3 of 5, with their two losses coming by 3 points combined. The Men then dismantled 23-4 (13-0) Akron at Alumni Arena.

Women's basketball finished 12-20 (8-8), matching the 2nd best MAC record in school history. The team finished 10-9, and like the football team, the strong finish gave the team hope for the future. The Women were seeded 7th in the MAC Tournament and looked to do some damage. The Bulls defeated NIU in the first round and Miami OH in the second round, marking only the 2nd time (2009) in UB Women's history the Bulls won 2 games in the conference tournament.

After the big Akron win, the Men's team feel by 3 against Ohio and then lost an auto-bye to Cleveland with a season ending loss to Bowling Green. A win over CMU got UB to Cleveland and served as inspiration for this: 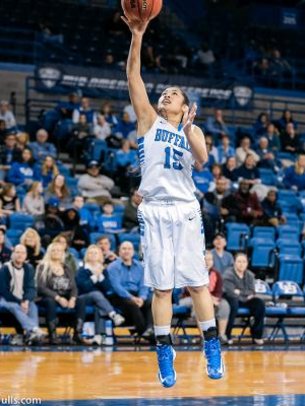 Jack's Women Walked Out of 5-2 Pitt as Victorious Bulls

After falling to Akron in last year's MAC Tournament and losing twice to Akron during the regular season by an average of 17.5 points, the Women's Basketball team hung tough against Akron, falling in the end by 4 points. The Men's team squeaked out two victories as well before also falling to a team that bested them twice in the regular season, Kent State.

More: Buffalo Survives Central Michigan Reganomics Over In A Flash

The big news to close out the year in basketball came from the Women's team as they defeated the ACC's Pitt Panthers. Both the Men and the Women head into the new year at 6-4 with signature wins vs Pennsylvania schools, the Men's coming this morning against Drexel. Stayed tuned as Jack and Hurley set their sights on the MAC in 2014.