Bulls End Regular Season With 77-60 Setback Against Akron - Buffalo Athletics
The University at Buffalo women's basketball team was outscored 45-24 in the first half on Wednesday night and lost its regular season finale to Akron, 77-60, at Alumni Arena. The Bulls finished conference play with an 8-8 record, good enough for the #7 seed in the upcoming conference tournament. Buffalo has secured a first round home game, which it will play Saturday afternoon against #10 Northern Illinois at 2:00 pm.

While closing the regular season on a winning note is disappointing it does close out an improbable 8-8 conference run for a Buffalo Team who won just two games on their out of conference slate.

Buffalo will host Northern Illinois for a chance to play in Cleveland against the winner of the Ohio / Miami game. 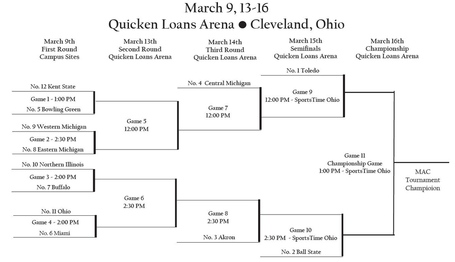