UB Women's Basketball is 5-2 in MAC, already surpassing the MAC win totals from last year and 2009-10. As this year's best basketball program in the department, I think it's time we get to know the 2012-13 Bulls.

Coach Felisha Legette-Jack has shuffled the lineup constantly this year, going with a lineup until they lose. As a result, 13 of the 14 Bulls on roster have started a game through 20 games played. We'll look at the 8 players who have been the statistical leaders for the Bulls. 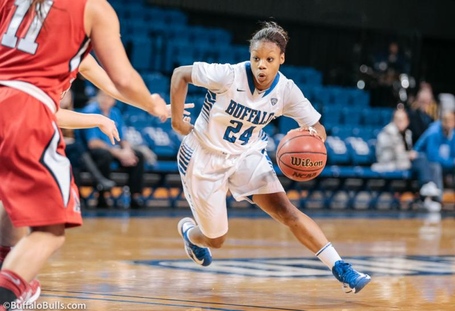 Freshman Karin Moss has been the most accurate from downtown, shooting 36% from beyond the arc, Moss is 7th on the team with 85 points. 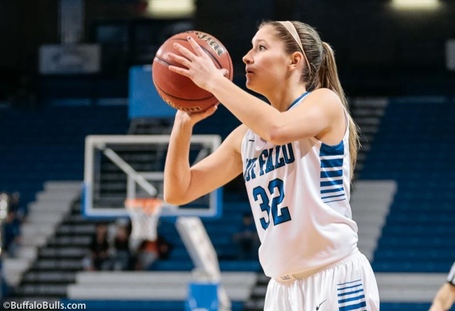 Sophomore Sloane Walton is another sharp shooter, converting nearly 33% of her 3-point shots, including shooting 5-for-7 on 3's in UB's big win over Miami on Thursday. 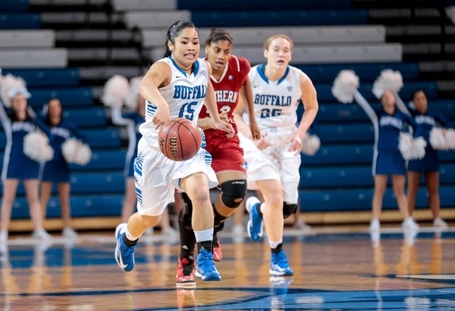 I take full credit for Junior Margeaux Gupilan, the first UB Women's Basketball recruit from California. I moved to Southern California in 2007, and immediately started wearing UB gear to the beach. You're welcome UB.

Margeaux is the undisputed QB of the Bulls, leading the team with 78 assists. She can score as well, 5th on the team with 109 points. Defensively, she is 2nd on the Bulls with 38 steals. Gupilan's masterpiece game occured yesterday against Miami, she posted 13 points, 7 assists and 3 steals in the UB victory. 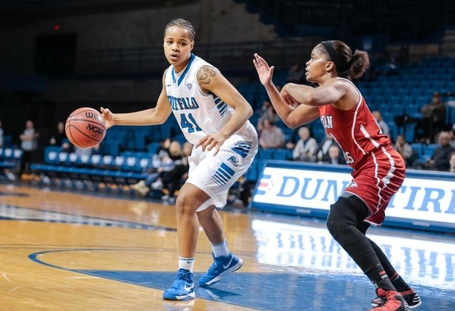 Forwards Cherridy Thornton, a Junior transfer from Detroit, and Kristen Sharkey, a redshirt Sophomore from New Jersey, have provided toughness on the glass, and have shown their scoring touch. Thornton averages 5.1 rebounds a game and has 105 points on the season, 6th best on the Bulls. 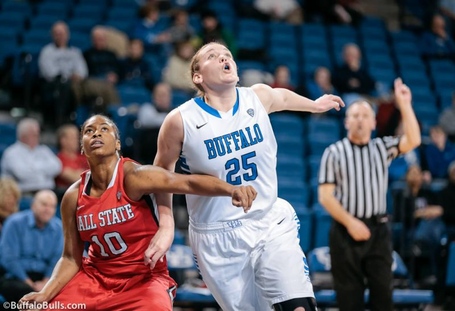 Sharkey is averaging 6.3 rebounds per game including 10 monster rebounds against Western Michigan this week. Sharkey is 3rd on the team with 172 points. Both Thornton and Sharkey averaged 10 points per game in UB's two victories this week. 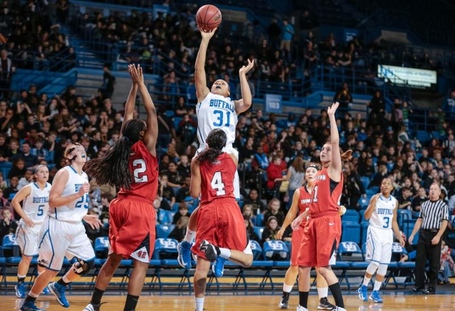 Rachael Gregory, Freshman from Indianapolis, has mastered the art of drawing fouls. Gregory has taken 100 free throws which accounts for 29% of UB's total. She also is tied for 2nd with 6.3 rebounds per game and is 2nd in scoring with 182 points, with 31% of her points coming from free throws. 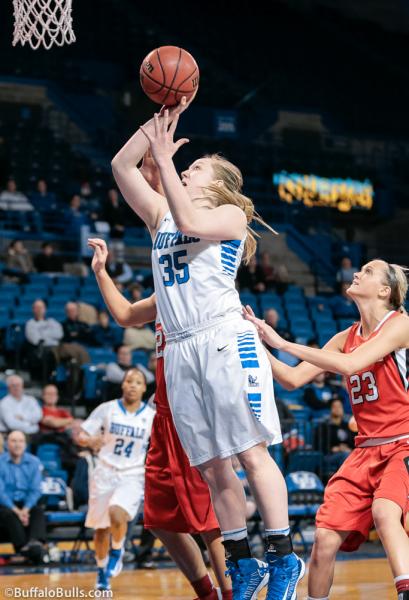 Freshman Mackenzie Loesing leads all Bulls with 207 points, scoring 15 and 19 in this week's victories. Loesing also leads the Bulls with 41 steals and she had 5 in the WMU game this week. 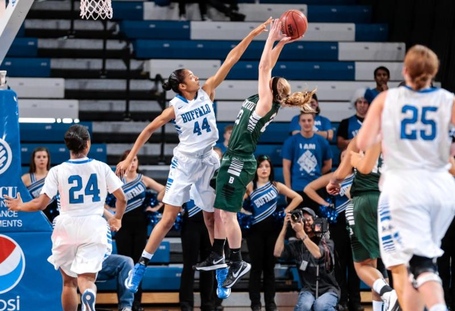 Sophomore Christa Baccas has been the MVP for the team through 20 games. Baccas leads all scorers in shooting percentage, shooting 46.9% from the field en route to 140 points, 4th best on the Bulls. Defensively she also excels, third on the team with 32 steals and leads the Bulls with 49 blocks and 8.4 rebounds a game. Baccas picked up her 4th Double-Double of the season against Western Michigan and was 2 points shy of her 5th against Miami.

With the win over Miami, Buffalo is 1st in the MAC East, but the road gets tougher. In their next five games, the Bulls travel to Akron (#6 in the MAC), host Bowling Green (#7 in the MAC), go to Central Michigan (#1 in the MAC) and EMU (#8 in the MAC) before returning home to faceoff against Miami again (#5 in the MAC).

The next game is Saturday at 2pm against Akron.