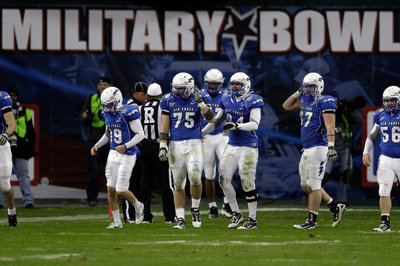 The Bulls should be in Washington DC in late December.

Early in the year, way to early for predictions, I predicted 7-5 and Military Bowl. Fortunately for UB, we went 8-4 and left 7-5 Toledo on the outside looking in come bowl season. 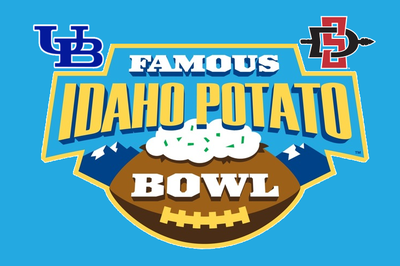 But more on that later, first, the MAC realized that the Bowl Game math wasn't good. Only 3 Bowl games, but multiple bowl eligible teams each year. As a result, the MAC went to work, adding a boring new game in Montgomery Alabama. MAC business as usual, until, while expecting an announcement of a bowl game in South Dakota, the MAC delighted us all with the announcement of a game in the Bahamas. The MAC doubled down on Florida with Bowl Games in Boca Raton and a cool baseball stadium game at Marlins Park in Miami.

As the Bulls winning streak made the Bulls bowl eligible, speculation took Buffalo from Boise to St. Petersburg to San Diego and even to New York City, before they finally landed at the Famous Idaho Potato Bowl in Boise against San Diego State. Although the final score wasn't what UB fans wanted, the Bowl game offered Bulls fans a chance to travel and have a truer bowl experience than they could get from the International Bowl in 2008.