If I was named athletic director, Baseball would be on my chopping block. Poor facilities, competition with the minor league Bisons, and a 107-212 record over the past 6 years. That was until 2013, when the potential of Bull Baseball was realized. 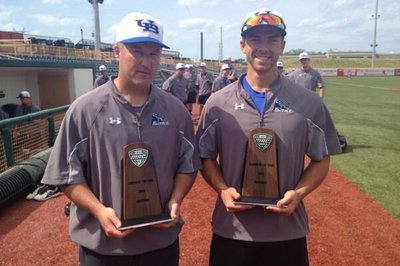 UB Wins MAC Coach and Player of the Year Awards

The 2013 Baseball team lost Tom Murphy, but still had talent in their outfield, yet the Bulls were not expected to compete for a title. In late April, the Bulls find themselves 18-16 (8-4). Despite being five wins away from tying Coach Ron Torgalski's high win total from 2010, the Bulls hadn't beaten any top competition. Buffalo then swept Kent State, jumping to 21-16 (11-4). The series sweep put UB in the drivers seat for the regular season MAC championship.

Buffalo Baseball was on fire going 14-5 between April 20 and May 17. However, they couldn't control the weather. A rainout on April 28th against Akron would come back to haunt UB. The game was never made up, and UB ended up losing the MAC Regular Season title by a half game. Buffalo had the tiebreaker against Kent State, so a win against Akron would have given the Bulls the MAC title. Buffalo could have won the title with a win in the season finale against Bowling Green. The 5-4 loss gave the title to Kent State. In the MAC Tournament Buffalo was taken out by Toledo. Bowling Green became the eventual tournament champions.

In 2013 Baseball at least in my mind, changed the game. The exciting season has me thinking less that Buffalo shouldn't have baseball, and more that UB needs to do more to support the team. Hopefully the 2014 Bulls can build on the momentum of the last two years and strengthen the push to support UB Baseball.