Share All sharing options for: Ten Worst Things About UB at Ohio

9) Clark Kellogg: Very sick of seeing/hearing about him 50 times a game, every game.

Comeback Bobcats Do It Again!! Huge hoops from Antonio and stops when needed !! #BobcatNation

8) They laugh at the New York re-brand, while always sore about being Ohio State's redheaded step-child. It would probably be easier if they just re-branded to Athens University...but then people will think you're in Greece, well just OU, oh wait, that's Oklahoma, U of O, no that's Oregon...yea no one cares about Ohio U.

Ohio. Your Tears Are Delicious

7) Wahhhhh! Safety! Yes they are still complaining about this.

6) Bundtmageddon III - The rubber match of the game where no matter who wins, he loses.

5) New Ohio Coach looks like Gill the salesman from the Simpsons. I miss coach professor X. 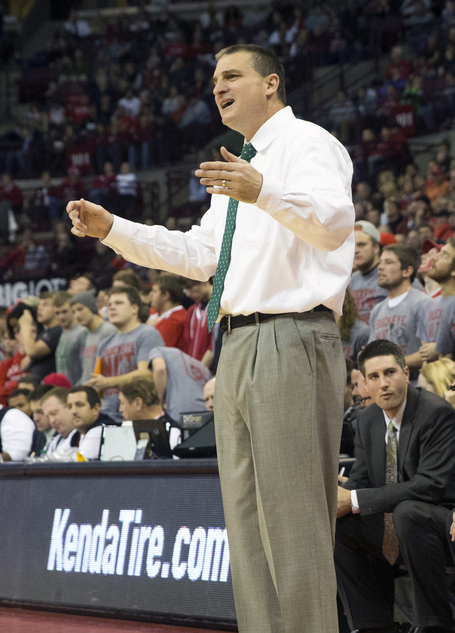 4) Beefs - I don't get that nickname and feel it does an injustice to the mutual dislike. I could be wrong, feel free to explain it to me.

3) The O-Zone claims on twitter to be the best student section in the MAC, they also promise witty banter and that Ohio U has values. The O-Zone be lying on twitter.

The UB coach whines more than a baby without a pacifier and has gotten his fair share of Tech's this year. We can annoy him *easily*.

2) Hearing the announcers say "Attack-Cat" every, single, time someone crosses mid-court. If we get the Ohio broadcast team I will watch on MUTE.

1) Despite our differences, I need Ohio. I don't care about Kent or Akron, and turns out they aren't that good this year. I also have no faith in the best of the West. I think Ohio and Buffalo will be the final two teams standing at the house that LeBron abandoned rather than short sale, and I can't wait for that in a few weeks.

For now, it's time to RELEASE THE KRAKEN on their Green Fever.