After increasing his test score in protective insticts, Kling moves back to left tackle

Share All sharing options for: 70 days to kickoff: John Kling

Outlook: Kling is slotted to protect the blindside as starting left tackle.

The 2011 Bulls have a bad reputation for the 3-9 record and the "failed" Chazz Anderson experiment. In a season where UB lost 2 games by 3 or less and 2 more by 14 or less, history should look upon the season as the development year for UB's 2nd era of stars.* Those stars were on full display against Stony Brook.

The TD that wasn't 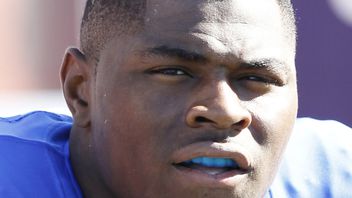 The other breakout star was Khalil Mack. Mack had 8 tackles, a sack, 3.5 TFLs two forced fumbles and an interception returned for a TD that was called back for premature excessive celebration. Alex Dennison and Devon Hughes also caught TD passes as UB cruised to an easy victory over the little brothers on the island.