I hate you Brett Hull.

Oh and it is great to see that you got fat! 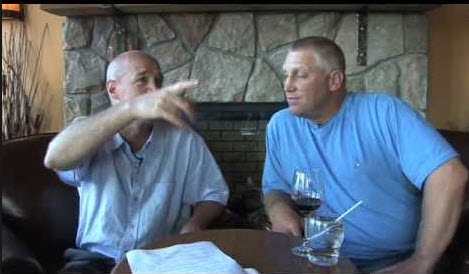 Buffalo Sabres fever was everywhere. You could not see a car in Buffalo without a Sabres flag, license plate holder, bumper sticker, or magnet. My wife, who hates sports, had a Sabres flag and mini skater attached to her car antenna. Michal Grosek was even playing well. It was a magical run in the playoffs.

From the outside looking in, the team was made up of no name forwards. In Buffalo, they were the legends of the hardest working team in hockey: Erik Rasmussen, Paul Kruse, Vaclav Varada, Brian Holzinger, Dixon Ward, Curtis Brown, Geoff Sanderson. I credit Darcy Regier for the Joe Juneau and Stu Barnes trades which paid off tremendously. Stu Barnes was awesome in the playoffs and especially Game 6 of the Finals.

The Sabres had a great core on defense. Jason Woolley, Alexei Zhitnik, Darryl Shannon, James Patrick, Jay McKee, and heartthrob Richard Smehlik. I get to skate with Darryl, he was a great stay at home defense-man who looks like the second coming of Gretzky when he skates with us. He still lives in Western New York and is still in great shape.

The Sabres ended the season with an overall record of 37-28-17, good enough for fourth place in the Northeast Division and 7th in the Conference. In the first round of the playoffs, Buffalo faced the Ottawa Senators and swept the second seed out of the playoffs. Not as exciting as Derek Plante's game seven overtime winner over Ottawa in 1997, but still good.

Buffalo moved on in the second round and faced six seeded Boston. Boston took the first game, but Buffalo won game two and all all three games in Buffalo and four of the next five winning the series in six games.

Next up for the Sabres were the Toronto Maple Leafs. Talk about a heated rivalry, a border war. Toronto fans were counting their toonies to buy tickets for the Stanley Cup Finals. Hasek's injury gave our Canadian friends reason for optimism. It did not look good for Buffalo. Buffalo made easy work of Toronto winning the series 4 - 1.

Buffalo made their second trip to the Stanley Cup Finals meeting the Dallas Stars. Dallas, the Presidents Trophy winners with 114 points, was a team on a mission. Dallas swept Edmonton 4 - 0, beat a solid Detroit team 4 - 2, and held off Colorado 4 - 3.  Dallas had Mike Modano and Brett Hull but Buffalo had Hasek and Peca.

Let me tell you, as a sports fan, there is nothing better than to have your team in the ultimate spotlight. The night off between games was brutal. Good luck getting any work done the day after the game due to exhaustion and some brown jug flu. On game days, forget focusing on anything but the game.

Buffalo wins the first game in Dallas in overtime, "the shot heard round the world"

The goal of splitting on the road was accomplished, but Buffalo could not return home up two, losing 4-2 in game two. The Stars stole the next game in Buffalo but Buffalo made it a best of three series by winning game four. Dallas blanks the Sabres 2 - 0 in the D to put the Sabres on the brink of elimination, 3 -2.

Game six was at the Marine Midland Arena. I was lucky to be at this game. I still have the white pom pom from the game. It was a tight game and you could see the Stars were showing their age. Hasek was stellar but so was his former Chicago teammate Ed Belfour.  I remember the arena was opening the doors for smokers to go out between periods. Two overtimes passed, and still knotted up. I was 15 or so rows up behind the net, I was not behind the net where James Patrick lazered a puck off the crossbar in 2nd overtime and I was not behind the net where Brett Hull won the Stanley Cup.

I saw Hull in the crease but could not see the puck. I remember seeing the fans just fold after the goal went in. I was stunned. I want to know how Richard Smehlik loses Hull. How Zhitnik and Smelcik are on the ice against Modano and Hull. Holzinger goes to hit Hull and misses him. If Holzinger would have not totally ole'd Hull, this game may still be going on. That is an entirely different article.  On a side note, I just love to listen to Bob Cole. To me he is the best play by play guy and wish that NBC would use him for games.

"We all knew that they had changed the rule, but obviously the NHL decided they weren't going to tell anybody but the teams ... They changed the rule to say if you have control in the crease, you can score the goal, and that's exactly what it was. But nobody knows that. You can tell people that a million time and they just will not listen." -Brett Hull

I remember being numb and just watched in disbelief as the Stars jumped up and down. I remember looking over and seeing Lindy Ruff just slamming the door to the bench and yelling. I had no idea why. Then I remember just bolting. I could not be in the arena and watch any team but the Sabres skate the cup around. I could not stomach it.

The Toronto Sun's Al Strachan "There should have been no controversy whatsoever. When Hull first kicked the rebound on to his stick, he had neither foot in the crease. At the instant he kicked the puck, he became in control of it. It was only in the follow-through of that kick that his left foot moved into the crease."

I walked out of the arena to total silence. It was late and the people walking out were dead silent. I remember a woman in her 50's with Sabres gear from head to toe just sobbing. I got in my car and hit the 190. As I was in front of the Tonawanda Engine Plant the sports heads on the radio were talking about how the goal could bedisallowed and the game would continue. I thought for a brief second that I should head back. I knew there was no way the NHL would call back the goal. I got back to my apartment and turned on the TV. I remember hearing after the game that many players for the Stars knew they had to win as injuries would have limited them in game seven.

The NHL's explanation of the ruling

Not reading into the rules, if you look at the play the goal should have been allowed. Hull did not interfere with Hasek. Still means that Hull is a troll and an a** tool! 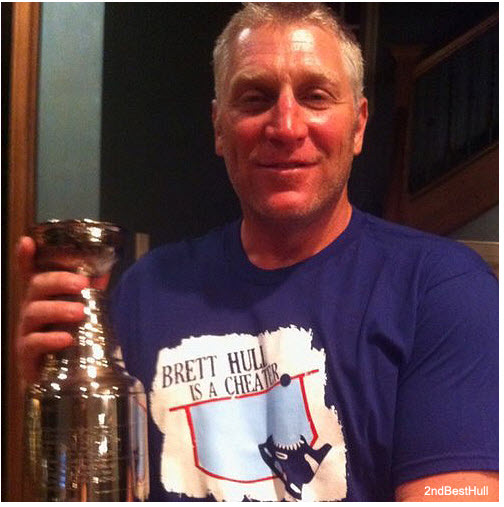 The worst part about the 1999 Stanley Cup Final was how late the game was, a special mix of fatigue and sadness that no other sport can produce. Two game sixes, one at the Aud, one at Marine Midland. Two losses, no cups. Which was worse. Vote below.