As conference play is winding down the Mid American Conference's new format means that as things sit Buffalo will have a bye week into the quarterfinals.

With Western Michigan and Toledo occupying the top two spots in the conference Buffalo, who leads the MAC East, will get the third seed while Akron is on the short end of their tie with Ohio which puts the Bobcats at #4 and the Zips at #5. 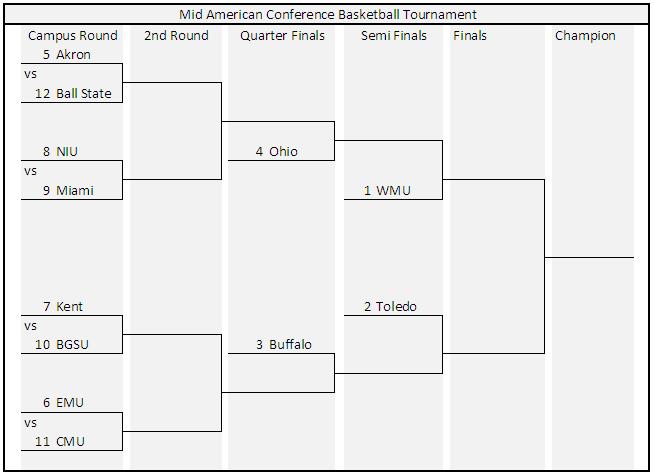 With four games left the lowest Buffalo could sink is probably the 6th seed but a win in their next contest probably makes a realistic worst case scenario the #4 seed.

Akron, despite sitting at five, has three remaining home games and outside of the Bulls none of their remaining foes have a winning conference record.

Ohio is in a similar spot. Two home and two road but their lone games against a team with a winning record is a home game against Buffalo.