The Pregame Meal: Ohio State Breakfast - Like A Bull

The Pregame Meal so nice I'm doing it thrice. The 3rd year of the Pregame meal will be divided into three servings, breakfast, lunch and dinner. Today we take a look at gameday in the life of "The Bull", we cook up some sweet treats for the tailgate and we hate on Ohio State and poke fun at maybe fake coaching illnesses. Ohio State is a lot like Frosted Flakes: Good? YES, Good for you? NO Always telling you about how Grrrrreat they are? YES x1,000,000

Football is back, but not back in Buffalo for a few more weeks. If you are unable to make it to Columbus, then spend the weekend with Bull Run. I've been waiting 8 months for Saturday and I know exactly how I'll spend the first gameday of the year..

Recipe of the Week: 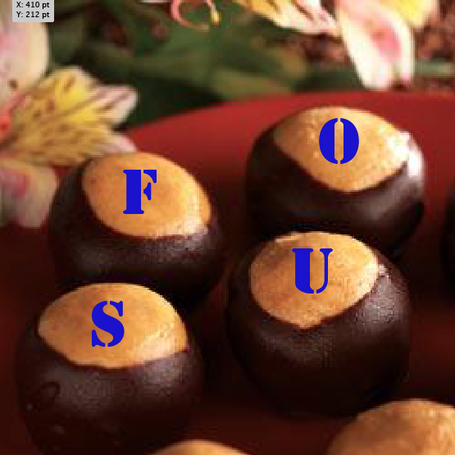 Because you beat what you eat: Peanut Butter and Chocolate Buckeyes great dessert for the tailgate, keep them cool until right before you head to the stadium around 11:00 am for a nice portable, walking to the entry gate snack. You can also bust out the blue frosting and stencil set to support the good guys, which is fun for the kids as well as the adults. I decorated my Buckeyes with FOSU which of course is an initialism that means "For Our State University" Go New York State Bulls!

I have two experiences with Ohio State. 1) I went to Columbus for the "Game of the Century" but I'll talk about that tomorrow and 2) I was at USC when Ohio State came to town. I pity and hate Ohio State for that game. Sanchez was the QB but the story was the defense that was so stacked Clay Matthews was the #4 Linebacker, they also had Cushing and Maualuga manning the middle of the field. 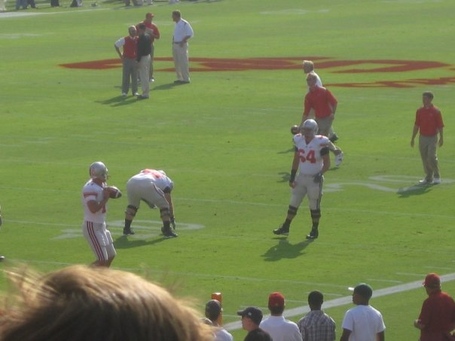 2008 Caption was: "Beckman, I know that's not how it's spelled, but he didn't play well enough for me to look it up"

I hated OSU that day, I wanted a show, I got a no-show. Ohio State crossed the 50 yard line TWO times. In the whole game. The game ended 35-3 in a game between the #1 and #5 teams in the nation. You would think that 2 BCS Championship game blowouts and a recent 6-7 season would teach tOSU fans some humility, but as we found out from 77-3 Joey, that is not the case. TheLuckyOne, a commenter at Maize N' Brew sheds light on Ohio State arrogance:

I pitied the OSU fans, a) because their team laid an absolute egg, and b) because USC fans were in rare form. A USC fan started smoking before the game started, another USC fan correctly told him that smoking was not allowed and to put it out. The smoking bro punched the other guy in the face. At halftime down 21-3 OSU fans were drowning their sorrows in overpriced concession food, all the while getting heckled by USC fans who despite recent success had not learned to act like they had been there before.But all correspondence from the return game in Columbus was that OSU gave it back to USC fans as hard as they received it in LA, and they still lost the game. 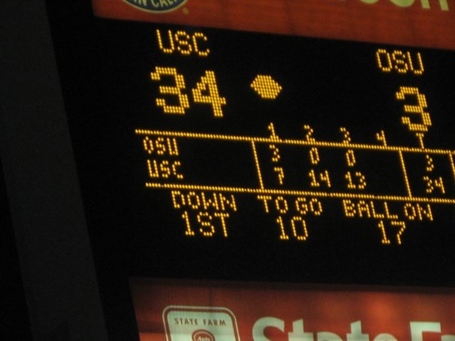 Being that this is a paycheck game, it is unlikely that UB fans traveling to Columbus will get poor treatment from Buckeye fans. However if a UB fan is approached by an unruly Buckeye fan, maybe it's because you forgot to tip him as Maize N Brew commentator John S explains:

How do you get the OSU fan off your porch?

You pay him for your pizza

My parents moved to Ohio and I strongly disagree with John's advice; NEVER buy pizza in Ohio.

If an OSU fan does get in your face after you settle your bill, tell them they should hope to lose to UB, lest they get another shot at an SEC team in a BCS Championship game, which we all know they do not want. They make the whole North look bad. Their only National Championship in 40 years was a gift from blind refs. Their Rose Bowl record since 1970 is 3-6, they can't even Rose Bowl right.

I'll be back tomorrow with a little love for tOSU recounting my trip to Columbus 7 years ago and some breakdown of Saturday's matchup. Remember to vote for your favorite maybe real/maybe faked illness/injury Urban Meyer will contract if he loses to UB on Saturday.