Three Point Shot: Something to Build on

Share All sharing options for: Three Point Shot: Something to Build on 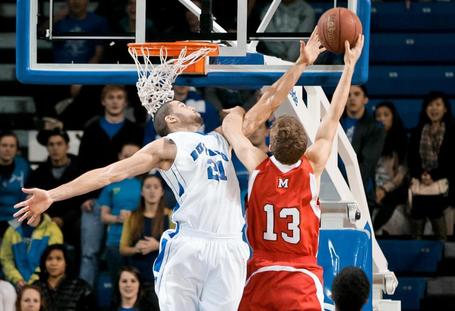 With Mid American Conference play winding down and Buffalo in the mist of a three game losing streak he Bulls were quickly running out of chances.

With time running out UB took advantage of their hame contest against Miami, who has been in the east division's cellar all season.

But the RedHawks did not make it easy.

In the end the game was test of what could last longer. Inhuman shooting by Miami or Mitchell Watt's desire to win. It was Watt's desire that prevailed.

Mitchell Watt's career-high 28 points overcame a Miami squad that connected on six threes in a row while they were building a 31-25 lead. While Miami was benefiting from lights out perimeter shooting Watt kept UB close though hard work down low. Finally, late in the second, UB's outside game finally chipped in.

Miami closed the lead to 63-60 with 6:05 left, when Zach Filzen connected from three again to extend the UB lead to six. Jarod Oldham followed with a three of his own to put the Bulls ahead, 69-60, with 3:54 remaining.

Point 1) Hitting the Boards! Finally back to what works:

Few teams will every shoot as well beyond he arch as Miami did today but even with that the Bulls never got too far behind. The played well in the paint and had a huge advantage in second chance points at the half.

Even during the tail end of their run through the west, when they were still winning, UB seemed a bit weak inside. During the losses to Kent, South Dakota, and Ohio they were outright absent. The way they played today is the way they have to keep playing if they are to have a chance in Cleveland.

Point 2) If not this year when?

Losing Watt after this season is going to set this team back a lot more than most people would have thought in October. While McCrea can grow into Watt's spot I don't see anyone in the pipeline to help compliment McCrea like he now compliments Watt.

This could be the best Bulls team until at least 2014. 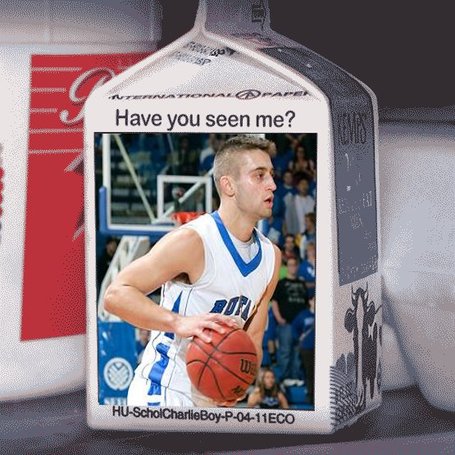 In the second half, particularly late, Zach Filzen showed up and lo it was good. Filzens critical late three was just one of a several he put down in the second half many of which either stifled a Miami run.

When he is on Filzen can set this team up for success like no other individual on the court, save maybe Oldham. If McCrea is off Watt can do the work (and vice versa) but when Filzen is cold this is a different team, its the team we have been looking at for a few weeks.

He has been very streaky during his career and might be the best time for him to get hot. Six solid games from Filzen, starting now, could mean the Bulls finally get over the hump in Cleveland.