Longtime Alabama football coach Bear Bryant once said to “Show class, show pride, and display character. If you do, winning takes care of itself”. If you wanted a good example of this, its this year’s UB Women’s Basketball team. This Wednesday — under the coaching of Felisha Legette-Jack — Buffalo will have the opportunity to break the record for best start in program history.

The Bulls are the epitome of class, pride, and character. Its a group that officials have thanked UB’s coaching staff for being well mannered. They’re a bunch that have embraced the University and continue to put in hours of work to represent it. Their willingness to work as a group for the common goal is unmatched.

Oh, and they know how to win too.

After the roller coaster last season presented itself to be, Buffalo sits on a superlative 8-0 record to start this season—tied for the best start in program history since 2000. Although the Bulls started 6-0 before getting their first loss last season, it’s easy to see that they’re playing even better basketball this time around.

Last year saw surprisingly effective defense from a group ladened with freshmen and sophomores. Holding LIU-Brooklyn and Canisius to 38 and 40 points respectively in back-to-back games is no easy feat. But, UB had to rely on an excessive scoring load from JoAnna Smith to have a chance at winning games. That’s the part that changed this season.

Smith is still a constitutive part to UB’s offense but she no longer has to carry it. In fact, Buffalo’s offense has thrived this year. In the first quarter alone, the Bulls are outscoring their opponents 154-95. In what used to seem like a “hold the team to 10 points in the first quarter and hopefully outscore that” mentality, the Bulls are having no problem putting teams in trouble to start the game. 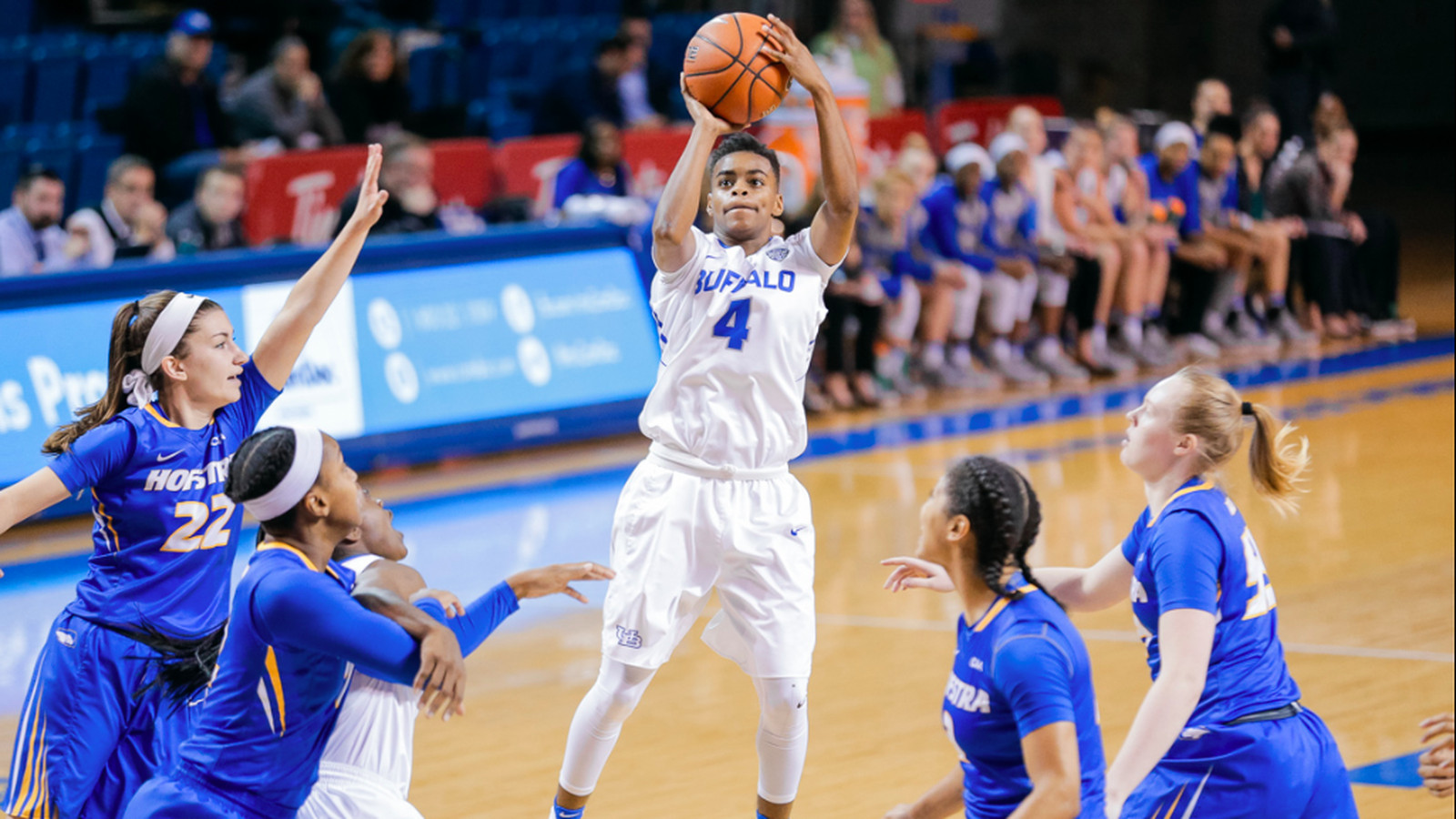 UB Women’s Basketball is now in uncharted waters with their win over Canisius tonight. With a mind blowing effort from JoAnna Smith, the Bulls would keep their perfect record on the season and...

All thirteen players have shown that they can be inserted into the game at any moment’s notice and make an impact—including freshman Lawrencia Moten, who’s only seen time in three games thus far. So what’s essentially being said here is that a capable offense has been added to a defense that was destroying the Mid-American Conference shortly before tourney time last year.

It’s easy to be skeptical of this team when a year ago they imploded after a 6-0 start and went through an abysmal mid-season stretch. But, the same mistakes they’ve encountered from a year prior have cropped up. The only difference this year is they’ve been solved during the game and not after. Take the spurts of offensive stagnation throughout points of this year for example: somebody within the roster has come out of nowhere to get the Bulls going again.

On Wednesday, the Bulls will play Big 4 rival St. Bonaventure to do something that no women’s hoops team from Alumni Arena has ever done. Starting the year off 9-0 will put UB in uncharted waters with no precedents on how the season could turn out.

The first loss will come soon enough as this isn’t UConn that we’re talking about. But, this is still a team UB fans should pay attention to, because this is quite possibly the greatest women’s hoops team Buffalo has ever had.

Whether that first loss comes to the Bonnies, in a tough challenge at Fordham, or against Ohio; the Bulls will retain their composure and move on as shown in the near fall to UCF. Quite simply, it doesn’t look like UB Women’s Basketball is slowing down anytime soon.