On the second day of Christmas, UB gave to me... two no-hitters!

The second day of Bull Run Christmas brings us two no-hitters of only three in UB Softball program history.

UB finally broke through in the fall season for the first team MAC Championship of Danny White's tenure thanks to women's soccer. But Buffalo came tantalizingly close to NCAA tournaments in a pair of sports back in the spring at the end of the 2013-14 academic year.

Under new head coach Trena Peel, a former All-American, Softball in 2014 earned their first winning season since 2004 and only their second in the D-1 era. And in 2004, UB's record was 25-23, so the Bulls blew right by that in Coach Peel's first season.

The namesake of this day in the Bull Run Twelve Days of Christmas is now-graduated pitcher Tori Speckman, who was named first-team All-MAC prior to last year's conference tournament. In the regular season, Speckman threw two no-hitters - numbers 2 and 3 in program history - to open and close MAC play, was named MAC East Pitcher of the Week five times, and set a school record for strikeouts in a season.

But it's in the conference tournament where Speckman really made her mark. It should be said that softball pitchers can throw much, much more than their baseball counterparts, but this is still pretty impressive: the senior pitched every inning of the tournament, including 13 innings in one game on May 9th and 13 more over two games on the 10th. Unfortunately for UB, they ran into a buzzsaw in Ohio pitcher Savannah Jo Dorsey, who I don't like very much, but it's still a heck of a stamp on a bigtime senior season from Speckman. 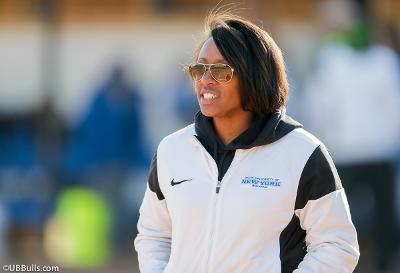 With a dominant 12-1 win, UB advanced past #6 CMU and into the MAC tournament semifinal. They would fall there to Ohio, but fight back to match up with the Bobcats again in the final a few days later.

Speckman, Gallardo and Luciano were all named All-MAC First team, matching in one season the total number of Bulls who had earned that award in the fifteen prior years combined.
Two no-hitters fit them into the song, but it was a whole season's worth of program highlights from softball last spring. Stay tuned for the Third Day of Bull Run Christmas as we stay in the spring tomorrow.
Follow @UBBullRun