On the first day of Christmas, UB gave to me...

On the first day of Christmas, UB gave to me a MAC soccer championship!

I know technically the twelve days of Christmas happen between the holiday and the Epiphany, but those two weeks aren't a UB Athletics dead period like the middle of December is. Last year I tried to do a single year-end roundup piece, but didn't start it until dinnertime on New Year's Eve. This year, we can do better.

The first day of Christmas brings us - what else? - UB's lone MAC Championship of the year fourth in school history across all team sports. 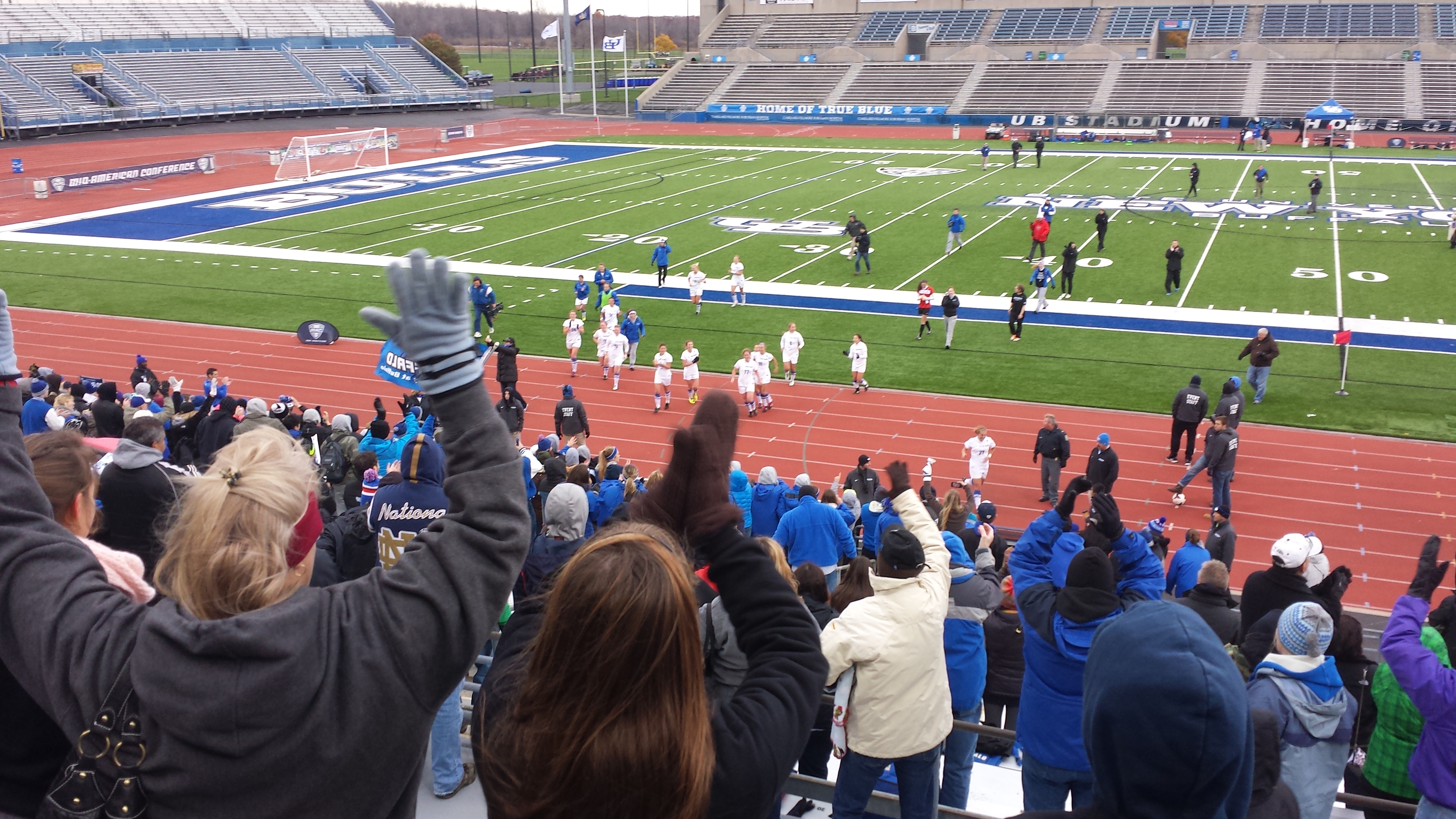 Third-team All-American Jackie Hall scored on a Sophie Therien free kick at 81 minutes to propel Buffalo to the first MAC championship in program history as the Bulls prevailed over defending champions and #6 seed Western Michigan.

I won't relive the entire season once again, but the list of plaudits and program-firsts are long. Four Bulls were named All-MAC First team, three were named to the NSCAA Great Lakes Regional teams, Coach Burke was named MAC and NSCAA Great Lakes Region Coach of the year, and UB swept the conference awards; the best team in the MAC by any measure.

Getting off the individual awards, the team set and placed themselves near the top of a number of conference and program records thanks to their lockdown defense and 14-game unbeaten streak against MAC competition. Laura Dougall in net faced five or fewer shots in more than 75% of the team's games, and they just didn't lose at home, against anyone from the MAC, or anyone from Western New York.

Two of their three losses came against top-ten opponents. In the final RPI ranking of the year, UB clocked in at 32, and also received votes in the final NSCAA National Poll of the year. Coach Burke heads into his second season as a collegiate head coach not yet knowing what it's like to lose at home. Not a bad bunch of memories to kick off the 12 Days of UB Christmas.

Stay tuned daily for the full Twelve Days of UB Christmas. Tomorrow we head back to the spring season.