48 days to kickoff: Will White

Share All sharing options for: 48 days to kickoff: Will White

Outlook: Another young Linebacker who will most likely provide depth behind UB's experienced linebackers.

No Frohnapfel, no problem. After losing a game to Kent State's inability to read the weather report, UB played their first game in 17 days. Behind 237 yards from Anthone Taylor, the Bulls cruised to a 41-21 victory. After playing five shootouts, average score 31-42, UB's defense strengthened, but the offense died in their next two FBS games, average score 14-29. In the final two games of the season, the defense continued to improve while the offense found their grove again, outscoring their final two opponents 96-45.

UB retains the Powder Horn and again it wasn't close 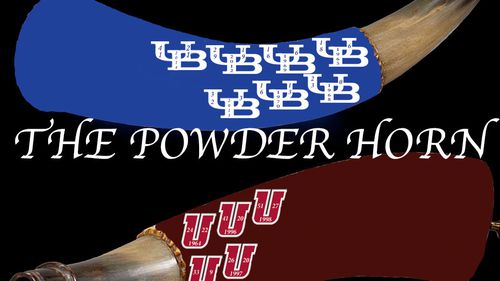 There was a decent defense in Buffalo this year, but Quinn couldn't find it

UB's first scoring opportunity ended in a missed field goal. After a UMass punt downed on the one-yard line, there was a feeling that UB would slowly lose this game like many others in the 2014 season. Instead, UB put the balls in the hands of Anthone Taylor, who ran 10 plays on the drive for 43 yards. On the 17th play of the drive, Joe Licata found Devon Hughes for a 28-yard TD strike.

With 69 seconds left before halftime, Licata ran a perfect drive, 4-for-4 passing for 73 yards ending with a 31-yard TD pass to Jacob Martinez with 12 seconds remaining. UB led 13-0 at the half. Licata threw for his 3rd and 4th TDs of the game to Ron Willoughby and Devon Hughes. It was Licata's second consecutive game with 4 TD passes and his sixth 3+ TD pass game of the season.

Up 34-14 late, Anthone Taylor ended the season in style with a 76-yard touchdown sprint. The game was Taylor's 7th 100-yard game and his 3rd 200-yard game of the season. His game was the 4th highest running output in UB's history and Taylor ended with 1,403 yards on the season, second only to his predecessor, Branden Oliver.

2014 was a crazy season, but the ending left us anticipating the second wave of senior talent that will play in 2015.