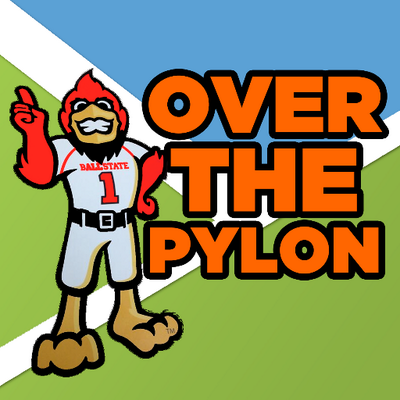 That chirping sound you hear is this weeks Bloggers roundtable host, Over the Pylon one of the old  school MAC blogs who started the table back before any old guy could start some random ass Buffalo Blog.

OTP sent out his there questions this weekend and here are my answers. Please pop by OTP later this week to see the collective answers.

1) Now that the first weekend is over what did you learn about your team? Any unexpected surprises? Any lingering questions that are yet to be answered?

I am not totally surprised that UB had a gaping no mans land in their defensive scheme. The team moved Adam Redden to a safety spot and despite his gifts as an athlete transitioning to safety after being an all conference player *AT LINEBACKER* last season may have been a bit much to ask.

Factor in the way he was used and the play that torched UB early in the third quarter had to happen.

But I am surprised that after being torched and exposed on a long pass the team came out with the exact same alignment the next series only to get torched again. I suppose that I should not be surprised yet here I sit, shocked that we made zero adjustments to the one play the Dukes were using to really hurt us.

2) After an opening weekend that saw more than a few tomato cans on MAC schedules, the big boys show up in Week 2 in the likes of Florida, Kentucky, Iowa, Mizzou, and Penn State. Any of the Power 5 get taken down by a MAC squad this weekend? Which one of the marquee games will have your attention?

Kentucky is clearly the most vulnerable team on that list, they are also playing against one of the MAC more consistently good teams. Not long ago the Bobcats took Penn State down and if I had to pick just one MAC team to pull an upset this week I would say Ohio is that team.

To be honest I find losses to Western Kentucky more distressing than a lack of wins against Missou.

3) As Bowling Green was getting destroyed by Western Kentucky, it raised an interesting conundrum among the MAC fans. Do you root against your rivals and hope they take a shanking or should we band together as one MAC and hope for massive upsets? Does the quality of the team matter?

If were going to be honest with ourselves watching a conference foe lose to an FCS team is like driving by a pile up on the highway. You really want to stop and look but at the same time you should feel a little guilty because something very bad happened.

So there are two rules for how we should approach non conference games.

#1 - Always and I mean *always* root for the MAC team out of conference, even if its Ball State!
#2 - You are then somewhat obligated to root for the teams beaten by a MAC squad to have a great year. Even if it means rooting for Indiana because it would make the Cards win look better.

A small part of me enjoyed watching the Cards fall to Liberty a few years back. That little bit of joy needs to be stamped out with the knowledge that it does not do Buffalo any good to see Gardner Webb beat Akron or Nichols sink PJ Fleck's boat.

Rather than help UB MAC our of conference losses hurt the Bulls, and everyone else in the MAC. When UB had a dumpster fire season in 2010 it was capped with a loss to an Akron team that... Wait for it.... Lost to Gardner Webb! Talk about going from Bad to Worse.

I'd love to see everyone in the MAC go 4-0 out of conference, even if it makes Bowl Selection difficult and raises the chances of getting a "Toledo Job" when the post season games are being handed out.