Buffalo Has won 8 consecutive games at UB Stadium dating back to October 2012.

Joe Licata is now 8-0 as a starting QB at UB Stadium.

Yesterday's victory was the 42nd win at UB Stadium, the Bulls are 42-75 all time at UBS.

With the win, Quinn passed Cirbus as the coach with the most wins at UB Stadium. Quinn also has the best win percentage at UB Stadium.

Despite the Home-Field Advantage, each of the previous five MAC East Champions have played at UB Stadium the season they won the MAC East. (except BGSU, who played at the Ralph) UB is 1-4 in those games.

I think Campbell is the better option out of the backfield, his speed, plus his ability to catch the ball makes him a more dangerous weapon than the run straight 3 yards at a time Anthone Taylor. I think that method worked for BO because 2-4 times a game BO could break a big run, we haven't seen the speed, burst or vision from Taylor that makes me think he's due to break a big gain on any carry.

That said Campbell needs to make more of his opportunities. He had a swing pass with 3 blockers in front and 3 defenders, ten yards from a touchdown, and he let himself get tripped up. He has to stay on his feet in that situation and get six points.

Licata's first 18 games have been much more successful than Drew's who didn't really hit his stride until start 22.

If Quinn defeats Army, he would jump Powell for 10th in win percentage, and jump Doc Urich for sole possession of 5th place in wins as a UB Coach.

I think it's kind of funny that Turner Gill, the most successful coach in UB's FBS history has a dictionary entry describing his 5-7 teams' lack of discipline, because his predecessor finished his coaching career 1-10 before he left and we have no entry describing that. 2009 created many spoiled fans. 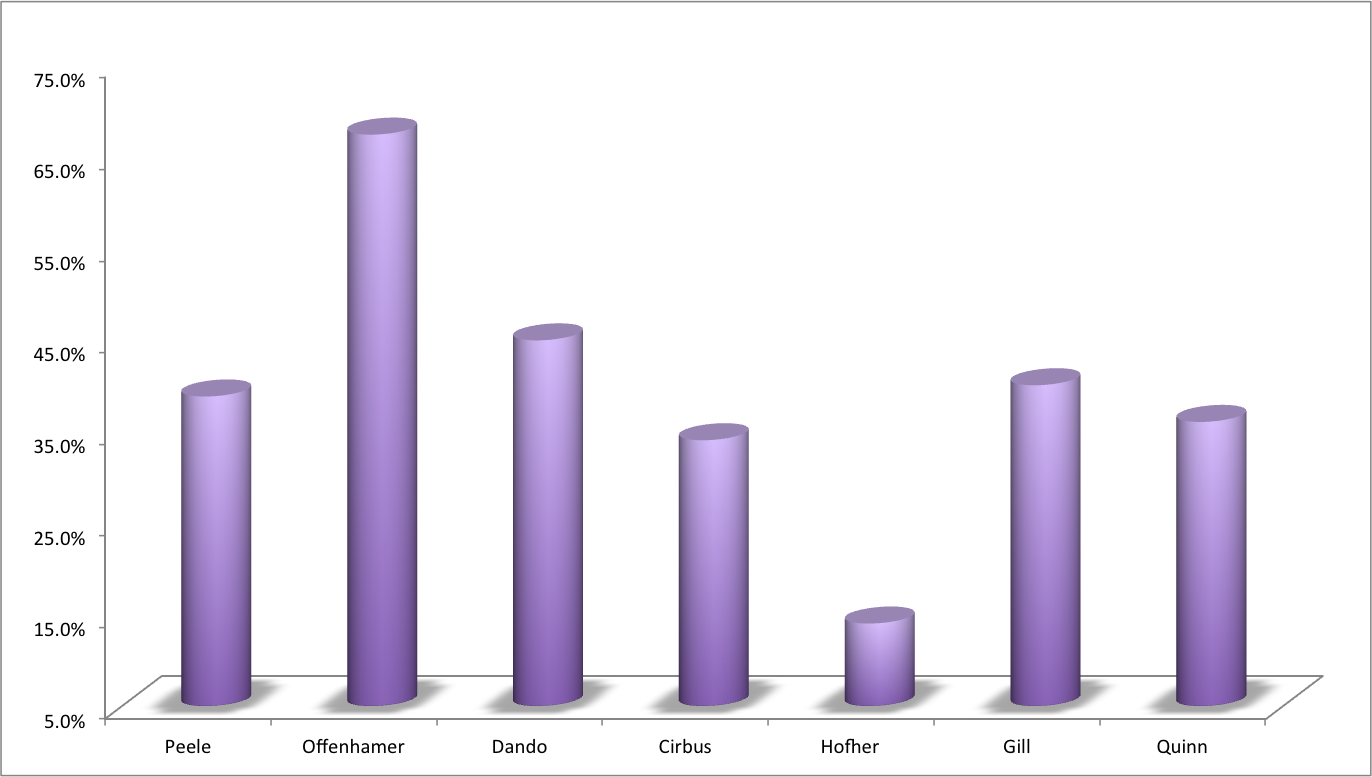 With both coaches at 50 career games, Quinn's teams fell 4% short of Gill's. Gill of course took a team that won 7 of 50 prior to his arrival, and improved the team by 26%, winning 20 games, the third best turnaround in UB history. Quinn was unable to build on the success initially, but fortunately after destroying the program, he has built it back up to around the level it was in 2009.

UB is now 6-4 against FCS teams since 1999. They lost their first 4 FCS games, but have now won 6 straight. UB's average margin of victory in those ten games is only 7 points, and 40% of UB's FCS games have been within two scores:

Taylor vs. BO vs. Starks

Willoughby is on pace to have one of the great receiving seasons in UB history.

Taylor and Willoughby take over the 100/100 reigns from BO and Neutz. For some reason under Quinn, UB still seems to play poorly when their star receiver and running back both have big days.