Traditional college-aged students were born between 1991 and 1996. Kool and the Gang was formed 27-32 years before these students were born. If their number one hit song "Celebration" was a baby, it would have graduated from UB in 2002. They have had 6 top 100 hits in my lifetime, but none in the lifetime of anyone under 25. "Jungle Boogie", "Get Down On It" still are great. Their legacy will live on as Al Gore's book sale theme music, and the sample to Will Smith's iconic ode to urban summers. Kool and the Gang is a good guest...especially compared to our history...

9) Jim Kelly, Van Miller, Bruce Jenner and Lee Ann Womack - September 11, 2004 - Buffalo 17, Syracuse 37 - Buffalo F! yea, America F! Yeaaa, Kardashians F! yeaaaa, Hoping you Dance...F! yeaaaaaaa. The promotion was kinda lame and left me wondering if we kept the track in UB Stadium solely for Bruce Jenner to run around it with flags, but it worked, because the crowd was full and rocking. That was because we played Syracuse and people will show up to see us play Syracuse. 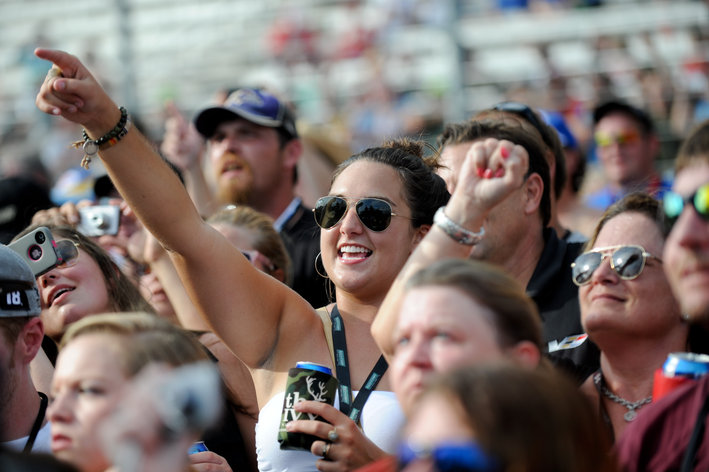 8) William "Refrigerator" Perry, Pedro, Uncle Rico - October 8, 2005 - Buffalo 7, Akron 13 - Just about a year after the debut of the cult comedy "Napoleon Dynamite" UB brought Uncle Rico and Pedro to Buffalo for homecoming. It went pretty well, so it must've been minute 14 of fame.

3) Wes, Johanna and Eric Badlands Booker - August 31, 2006 - Buffalo 9, Temple 3 OT - He was an annoying bro from Kansas, she was a California dream girl, and he was a very large competitive eater from Jamaica Queens. The love triangle America long since stopped caring about, was brought to UB because a game against a traditional east coast rival and a new National Championship caliber coach is just not that big of a draw. At least Booker served a purpose, a pretty cool wing eating contest with students. The Real World Austin alums served no purpose.

2) Screech, Rocketman, Michael Buffer - August 29, 2002 - Buffalo 26, Lehigh 37- A lesson in pointlessness. Rocketman could have been pretty cool if he flew in BEFORE the game maybe with the game ball. But he flew in at halftime, pointless. Michael Buffer telling us to "Get Ready to Rumble" pointless, we could have paid anyone to say those words, having the real thing added nothing. Finally Screech, why? If you are going to go Saved by the Bell you either go Belding (who had a striking resemblance to coach Hofher) or you capture the urban market with Lisa Turtle.

The under-card was the cast of MTV's Sorority Life 2, THE CAST FROM BUFFALO. Their season aired the previous winter, so basically the promotion was to meet your own classmates. I certainly hope they did not get paid for their appearance, because in concert with 30k for Shaggy, this would be the most damning indictment of amateurism ever.