Share All sharing options for: Talking Bull: Welcome to the party Ap-PAL-achia!

App State has decided to move up to the FBS Level, eventually...

This will be a solid addition, likely to the Sun-Belt or CUSA. Though the article mentions the ACC and the Big East I am not seeing it. Maybe I'm wrong but we all know success at the IAA level is no indicator of success at the FBS and especially the AQ level. There are also facilities issues if Nova can't play in a 20K soccer stadium in the Philly metro area why would a 25K seat stadium be alright for Appy?

Something to rival Miami in the headlines:

Jordan Jefferson, Three LSU Teammates Could Face Felony Charges After Bar Fight - SBNation.com
The LSU Tigers may be looking at a long-term future without the four players involved in a Baton Rouge bar brawl on Friday. That's because the Baton Rouge Police Department is describing the potential charges awaiting those involved in the fight — and they include felonies.

This is a pretty ugly incident and in an environment which did not contain the current 'Hurricane of controversy' that is Miami of Florida this might vie for the title biggest incident of the summer. But it stands a distant second. 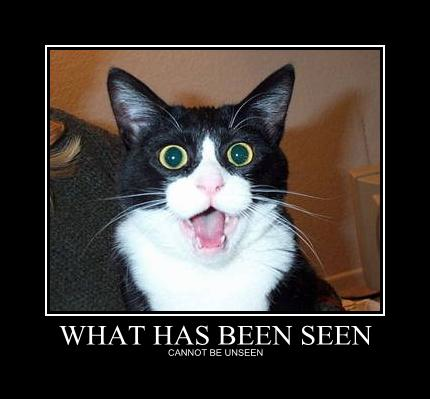 Maryland just produced the 16 ugliest uniforms in the nation!

PHOTO: Maryland Football Unveils 16 New Uniform Combinations - From Our Editors - SBNation.com
The Maryland Terrapins have many, many official colors. So when they say they're going to put together as many uniform color combos as possible, you know they mean business. This isn't some Oregon Ducks kind of thing, where it's like, "Hey, since when are black and gray and chrome your colors?"

They should have taken all that money put into making 16 different uniform combination and made just two that don't make me want to wash my eyes with bleach. This walking car wreck redeems the old Houston Astro's rainbow bright uniforms.  These uniforms make the annual race to the bottom at Oregon look subtle.. Oh my eyes they burn...

I found someone who likes the new MAC Championship format...

New MAC Basketball Tournament Format: Progressive or dumb? - Red And Black Attack
The change is crazy, but it just might work in the end. Not a bad idea for a conference that has basically fallen off the face of the earth. Could two bids be in our future? Well let's not get too ahead of ourselves. Oh and NIU hasn't won a single MAC tourney game since 2003.

I'm sorry Mike until NIU wins a post season game we really can';t factor your opinion into this ;)

UB Womens Soccer kicks off the season by downing Bingo

Bulls Score Season Opening Victory in Double Overtime - Buffalo Athletics
The 2011 women's soccer season started with fireworks Friday afternoon, as freshman Sophie Therien banged home a double-overtime goal on a free kick to lead Buffalo to a 1-0 win over the Binghamton Bearcats. It was the team's first season-opening win since a 2008 shutout of rival Niagara.

Pair of Former UB Point Guards to Play Professionally Overseas - Buffalo Athletics
A pair of former University at Buffalo point guards have signed to play professional basketball overseas. Byron Mulkey will be playing in Morocco for AS Sale, while John Boyer will suit up for BK Decin in the Czech Republic.

UB's Pettigrew welcomes the rigors of training camp - UB Football - The Buffalo News
Junior inside linebacker Scott Pettigrew refuses to let the routine of practice nudge him toward complacency. He's perhaps more mindful than most that careers are short, futures uncertain and the trials of practice worth savoring.

I'm really looking forward to seeing Pettigrew back on the field he just adds to an already amazing set of Linebacker!

Great just when you thought you would start a year with a healthy offensive line... Two centers out!