Share All sharing options for: Who's Talking Bull? Run Alex... Run! Then Slide! 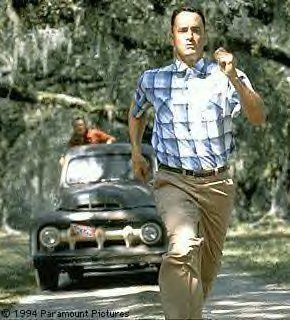 Some wise advice for Zordich!

Zordich learning to survive - UB Football - The Buffalo News
Schooling Zordich on self-preservation techniques became a priority after the true freshman, a talented runner, suffered broken ribs against Ball State that sidelined him for the remainder of the season. Zordich took over at quarterback for Jerry Davis seven games into the season and was making his third start when he took a solid hit while stretching a center-of-the-field run.

Bulls Open Spring Practice With Great Enthusiasm - Buffalo Athletics
The Bulls worked a fair amount on special teams, individual offensive and defensive drills as well as full team work that featured both running and passing drills. A few of the highlights of some of the team drills were several nice runs by tailbacks Jeffvon Gill, Branden Oliver and James Potts, an acrobatic interception by cornerback Romel Dismuke and a leaping reception for more than 40 yards by senior flanker Ed Young.

NIT Finances Explained - CougCenter
Someone (hollyweirdcoug?) asked about the financial breakdown for teams participating in the NIT tournament, and I was able to find some information. There's enough of it to make a fanpost rather than a separate comment. All my information comes from reckless speculation, hearsay, and a close personal relationship with someone whose brother had a class from Glenn Johnson.

Will four high seeds in NCAA tourney turn into Cinderella? - College Basketball News | FOX Sports on MSN
Five years ago, he and his 11th-seeded Patriots did just that by becoming only the second double-digit seed to ever make the Final Four, a feat previously accomplished by No. 11 LSU in 1986.

NCAA Tournament Experience May Be Overrated - WSJ.com
The key to surviving the madness of March, supposedly, is experience. Having senior leadership and players who have "been there before" is often the difference between the teams that wilt in the NCAA tournament and those that move on.

Michigan State assistant Mark Montgomery likely to take NIU's basketball head coaching job - Red And Black Attack
Various sources are reporting that he is interviewing with President Peters today to possibly finalize contract stipulations and whatever else, but this almost sounds like a done deal. Montgomery played for the MSU Spartans from 1988-92. He then went on to play four years for pro teams in Europe. He knows the MAC: In 1997-98 he joined the Central Michigan coaching staff and helped them turn around to a 20-8 record and a MAC Championship in 2000-01.