Share All sharing options for: Take Your Innovation Elsewhere

In a world where anything can be produced everywhere, and shipped (or printed) anywhere, innovation is the most valuable asset in the world. Every city in the world, even Buffalo, aspires to be the next Silicon Valley or at least capture the Valley's spirit of innovation to kick start their economies into the 21st century.

Athletics is an industry severely slanted in the favor of the incumbents. Between the 70's and 90's you'd see 3-4 new champions every decade (New champs are teams who win their first ever championship). Football hasn't seen a new champion in TWENTY years, since 1996 when Florida won their first National Championship. Basketball hasn't seen a new champion in 10 years, since Florida won their first in 2006. The Cable TV era flooded major conferences with money and built a moat between the haves and the have-nots. The P5 Conference Era threatens to put an ocean of money between the P5 and everyone else.

A mid-major has only one chance at success, become major.

How do you become major? There are four ways.

2) Robert Griffinism - Random really good player shows up and delivers a bunch of wins and prestige.

Even this classification is kinda wrong; there are really 3 ways to become major, with innovation being the difference between being a major winner or just being a major participant.

1) Phil Knightism: Innovation is the difference between Oregon and Maryland

2) Robert Griffinism: Innovation is the difference between Baylor under RG3 and Florida State under EJ Manuel

Innovation is the key. A department cannot really control how rich and dedicated your alumni are, how good the teenagers who commit to you turn out to be, and how good and committed your coach is, but a department does control how they innovate.

Whether NYBI was good or a travesty, it was innovative. It pains me that as a city and a university, we didn't give the NYBI innovation more time. The results can not be argued, the interpretation of the results can:

@conradmostiller I didn't imply it. I said it.

At its most basic level, a city saw a new idea, and destroyed it because their residents cared more about how an idea made them feel, than what the idea stood to accomplish.

That is scary. The people we trust to make decisions said: I don't care if it works, it makes me feel bad.

We went from showing future leaders of UB Athletics that you can be bold and daring, and feel empowered to do what it takes to get UB to the promised land, to showing future leaders that any decision must be approved by the court of public opinion (admission to the court is free). We basically told every young ambitious AD candidate "This is Buffalo, take your innovation elsewhere."

Then we act confused why it has taken 18+ years to build a field house or why we are one of two or three schools that think a field with a track is a good solution.

Personally, as a Buffalo ex-pat, the idea of a Buffalo insider escapes me. The world is so much bigger than Buffalo, but there is no place I'd rather be (I type this from Honolulu). If you have never left Buffalo, you might fear that Buffalo gets lost in the conversation of great cities. Once you leave Buffalo, you realize, that NOTHING can erase how special the city is.

I've wondered this week, as I push to one day become AD at Buffalo, will I even be welcome in my own city, despite leaving to bring knowledge back to Buffalo?

Buffalo is strategically settled between two of the biggest media markets on the continent, but how can Buffalo market themselves to the media market to the North and the bigger one to the Southeast when the city hates any city that makes them feel small?

I think we're making it hard on ourselves.

The easy way would be to establish ourselves as New York's State University, and then get more state funding. This week we showed that Buffalo doesn't want to claim the State we live in. It's no wonder why the State chooses to fund athletics at a private school. If UB is for Buffalo alone, let Buffalo pay for a stadium.

The easy way would be to celebrate Danny White for his accomplishments. Instead, to many, he is the villain who took the program, sapped its resources and moved on like an Athletics Galactus. In reality, Danny White made one misstep, - the Quinn Extension - but otherwise he led a surge of athletic success. He didn't leave the cupboard bare, leaving behind good coaches, winning teams, and a successor at AD.

His villain status sends a message to outsiders: You won't be trusted at UB even IF YOU WIN. You get that reputation, it is impossible to shake and it results in watching as the best and brightest pass you up at every turn (think Toronto Maple Leafs).

The lingering question in the aftermath of the NYBI is; 'will Buffalo support UB?' Perhaps the better question is; 'is Buffalo's full support enough?' Buffalo is a small market in a game to get big markets. There are plenty of programs with more support than Buffalo that find themselves left out of the Majors. Buffalo is strategically settled between two of the biggest media markets on the continent, but how can Buffalo market themselves to the media market to the North and the bigger one to the Southeast when the city hates any city that makes them feelsmall?

The final question, the question that has put me in a bad mood all week is:

Do I want to work for this Buffalo?

Buffalo's AD job is (relatively) low paying. ADs make 515k on average and as high as 3 million at some schools. UB pays about 250k.

What exactly does UB offer me?

Since 2004, my vision of my future includes me raising that first football national championship for UB, the City of Buffalo, the State of New York and I guess for the millions of people that would hide their Orange, OSU, Michigan gear in the closet and claim they've supported UB forever.

I know that vision is the longest of longshots, but I also know I would do anything possible (within NCAA rules) to make that vision come true. Whether I believed in the NYBI or not, it represented the idea that UB would step back and ALLOW the AD to do what he believes is necessary to win at the highest level. Now, I'm not quite sure of that anymore.

The NYBI Wars Are Over 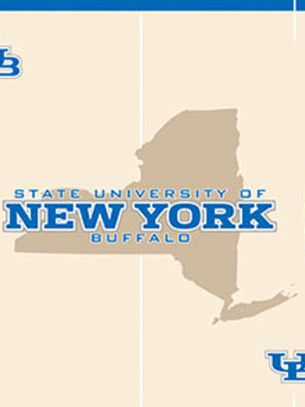 Without the belief that I can innovate and pursue any market outside of Buffalo and do anything that is initially unpopular but eventually leads me to my goal, UB is just a no-win job, for half the pay with silence or scrutiny as the only feedback from the community.

I still want to return to UB, because I've wanted it so long I don't know what else to want. But, AD Greene has a lot of questions to answer about the future of UB during his tenure. Those answers will shape the future of UB Athletics for the next few decades. Just like the NYBI, I will support Buffalo and I will support ADAG as I did ADDW. But I can't shake the feeling that although the great NYBI war is over, Buffalo may have won a battle, but lost a bigger war for our future.