After the Miami game, how close is McCrea and what pace does he need to hold to get to the record?

Javon McCrea put down 25 points on 12-of-14 shooting while also gathering 11 rebounds in Buffalo's 75-62 win. With the Kraken so close to several records and benchmarks, it's worth checking in on a game-by-game basis to see how the books are standing up.

McCrea moved into second place all time on the UB lists during Wednesday's game against Miami.

If we give more weight to recent games, Javon is averaging just over 20 ppg in the 9 games dating back to the loss against Toledo. And it's not on huge boom and bust games, either. Of those nine, in only two - 12 against Kent, and 14 against Bowling Green - was McCrea under 15, and he's only been at 25 or higher for three - 25 against CMU and Miami, and 28 in the loss to Toledo - of the 9. If I were a betting man, I'd figure Javon for more like 20 points rather than 18 and figure more likely to pass Young in the Kent State game rather than in Athens four days later.

UB currently has 7 regular season games left, which would require an average of a hair over 21 ppg to reach 2000 before the MAC tournament. Without getting ahead of ourselves, let's say 3 postseason games, just to put a number down. 10 games remaining would require 15 ppg to hit the mark. Which somehow seems reasonable. That's what we're dealing with in Javon McCrea. 15 ppg this year would be good for a top-ten scoring average in the conference. All it takes to get to 2000 is to be a top ten conference scorer for a stretch of ten games. And yet that feels wholly reasonable.

The seven regular season games would demand 12 rpg to get there, but McCrea's season average of 10.2 boards per game fits right in with our proposed 10 games left. 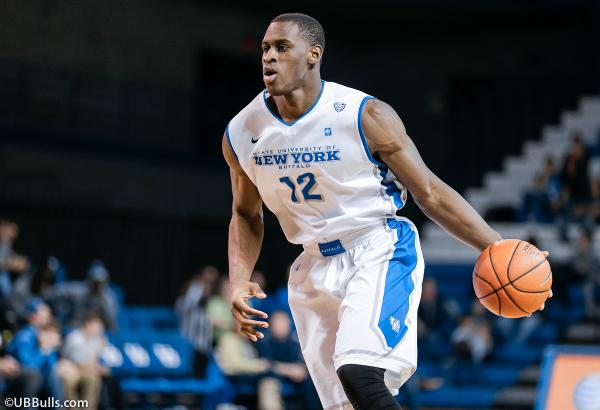 Both of these marks look to be just a bit out of reach, in part because of a skimpy out of conference schedule and an untimely snowstorm that cancelled another game. McCrea needs 227 and 208 points, respectively, to catch his and Cage's marks. Suppose we combine this 20 ppg tear with a deep postseason run, and just maybe we get there.

Caveat: this is the UB modern-era mark. Sam Pellom and Curtis Blackmore both enjoy much higher numbers from the olden days.

It certainly looks like McCrea is going to blow right by his mark and set a new one that he won't have to share with Yassin Idbihi. No UB player in the modern era has averaged double figure rebounds for a season, but Javon is sitting at 10.2/game right now.

That pace extrapolates to 285 regular-season rebounds, and as we discussed above, with some postseason help, UB's first modern era 300-rebound season is in reach.

So it seems that 261 is going down. At 10+ rebounds a game, we figure 5 games to get the remaining 47. That brings us to the home game against Miami on March 1st. Buy your tickets now.