The Business Behind the "New York Bulls"

Share All sharing options for: The Business Behind the "New York Bulls"

"The board is energized by the vision of UB athletics to elevate the profile of its programs to match the university’s high academic standards and to bring the message of pride to the many alumni that live across the state. Engaging that extensive network of alumni and partnering with key businesses locally and nationally will be a key to this initiative gaining momentum." Pete Augustine

White has been emphasizing UB's status as the largest University in the New State system all summer. It Started with the floor at Alumni Arena. 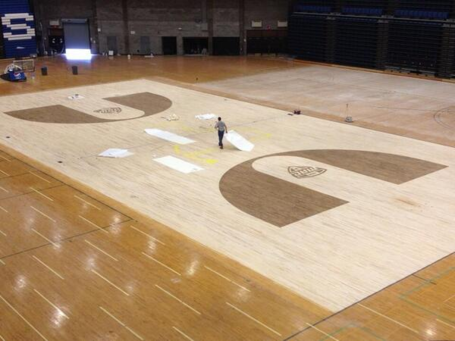 The changes to the Arena were followed by branding that found it's way into Departmental communications, then the football Uniforms and the field.

This announcement could be Danny White crossing the Rubicon, doubling down, firing a shot across the bow of his critics, ... Take your pick!

The idea itself is nothing earth shaking. Local businesses and influential alumni are going to help advise and help improve a schools profile. But the name, oh that name!

What's in a name? that which we call a rose

By any other name would smell as sweet;

White could have called this anything "UBAD2020" The "Bulls Rising".... But no he went with "New York Bulls" and that is more than he has ever said before. That is not running a dual track that is stating, pretty clearly, that when this trip is done he wants the schools Athletic Teams to be "The New York Bulls".

Is this like when Virginia Tech rebranded? Maybe the start of something big on the state level. "The Virginia Polytechnic Institute and State University" is a mouth full. Virgina Tech fits much better.

The initiative will focus on four key areas.

The first is the Image of UB the states premier public athletic program This is going to be brand heavy.

A strategic and vital component of the NYBI is to create a unique, consistent and cohesive brand identity program with national appeal.

The Second is Partnerships with businesses, the media, and specifically apparel. the corporate partners involved in the NYBI may be locked into exclusive contratcs with the University to provide services making the future of the department something that is in the best interest of companies like New Era and Coke.

The Third is resources, something the University needs badly.

The NYBI will serve as a platform for generating revenue and philanthropic support. By focusing on building brand equity and fan loyalty, the NYBI will seek realize increases in ticket sales, donations and corporate sponsorships thereby strengthening the long-term fiscal health of UB Athletics.

Last, and certainly not least is facilities