Share All sharing options for: Talking Bull: Farewell to Paterno

Penn State is not my team, so the place you should be is Black Shoe Diaries

Remembering Joe Paterno - Black Shoe Diaries
Joe Paterno has died at age 85. He leaves behind an immense, yet immeasurable legacy. The tiny cow college he came to in 1950 has blossomed into a world class research and academic institution, partially built on the name brand established by Paterno's football teams. He and his wife, Sue, raised millions of dollars for Penn State and a vast array of charitable organizations. A massive, five-story addition to the campus library bears his name thanks to a multi-million dollar donation to Penn State. In the modern football factory world, his players graduated at a rate far beyond that of nearly all other programs. In the staid bureaucracy of college football, he urged and achieved reform.

How are the best recruiting teams doing?

College Football Recruiting Rankings 2012: Which Classes Are Championship Quality? - SBNation.com
Having a big class with a lot of athletes is one thing, but which 2012 programs are setting themselves up best for future championships by recruiting efficiently?

Craig James May Have Perjured Himself In Sworn Statements For Mike Leach's Lawsuits - SBNation.com
I'm not a lawyer, but that's probably not going to stop me from playing one on the Internet for a moment. On Thursday, Mike Leach hired a new lead lawyer -- the last having stepped down quietly a week or two ago. The lawyer is the same one that represented Mike Price back in the day, and his new legal team seems to have gone on the offensive immediately. 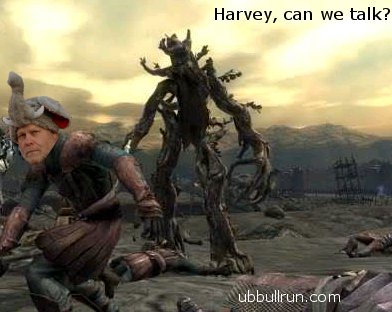 Harvey Updyke Rejects Plea Deal That Would Ban Him From Alabama Events - From Our Editors - SBNation.com

Harvey Updyke reportedly rejected a plea deal from prosecutors working the case of the poisoned oaks at Toomer's Corner, on the campus of Auburn University. That he rejected the deal isn't a huge surprise in itself -- prosecutors offered a 13-year sentence, which seems a wee bit stiff. But there was an interesting side-point to the deal: Updyke would have never been allowed to attend an Alabama sporting event for the rest of his life, had he accepted the bargain.

Buffalo Knocks Off Bowling Green By An Arm - Hustle Belt
The trend began last week with a loss to Akron on a last-second shot that untied the game. Then Saturday afternoon Mitchell Watt blocked Jordon Crawford's last-gasp layup out of Stroh Center, across the state line and into my living room window. I swear!

201201222080 | Trey-mendous second half lifts Bulls past BG | Basketball
It’s difficult to overcome an 8-of-10 effort on 3-pointers in the second half of a game, and ultimately Buffalo’s success from beyond the arc proved to be the difference Saturday afternoon in the Stroh Center as the Bulls held on to defeat Bowling Green, 68-66. BG is now 8-10 overall and 2-3 in the Mid-American Conference. Buffalo raised its record to 10-6 (3-2 MAC).

Big Shot Dave Shoots Bulls to Victory - Sports - The Spectrum - University at Buffalo
It wasn't always pretty for the Bulls (10-6, 3-2 Mid-American Conference) as they relinquished an eight-point lead in the final five minutes, making it a one-possession game. But with the help of the deep Barnett trey and an electrifying block by senior forward Mitchell Watt as time expired, Buffalo bested Bowling Green (8-10, 2-3 MAC), 68-66 in the squad's first trip to the brand new Stroh center.

Buffalo Celebrates Seniors, Prepares for Postseason - Sports - The Spectrum - University at Buffalo
After winning the Mid-American Conference Championship last year, the men (5-0, 1-0 MAC) have continued their success into this season, boasting a perfect dual meet record thus far, and finishing second at the Zippy Invite in December.