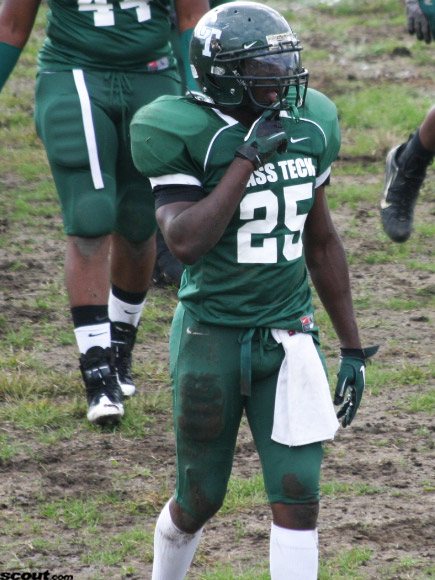 On the same weekend that his teammate, William Rembert, made the decision to enter UB Safety Brandon Berry also gave Coach Jeff Quinn a verbal Commitment.

According to the Buffalo News Berry is one of four commitments this past weekend, three of whom are defensive backs. In doing so he turned down offers from Cincinnati, Eastern Michigan, and Western Michigan.

Brandon, like his Cass Tech Teamate, was attracted to the academic programs at UB as much as they were to the prospect of playing for Coach Quinn. Berry lists Architectural History and Criticism as his preferred majors at Buffalo.

Berry is spending his senior season making the transition from outside linebacker to strong safety. In his hybrid role on the defense he racked up 56 Tackles and 8 sacks last season.

ESPN touts him as "Well-built with good size" noting that he may end up at back at the outside linebacker position if he adds height and bulk. Berry is a a solid hybrid prospect between safety/OLB in Coach William Inge's defense he will be an in the box safety or an outside linebacker.