Share All sharing options for: 9 days to kickoff: Torey Hendrick

Outlook: Despite entering with major buzz after picking UB over Big 12 teams, Hendrick has played on the third team where he has looked very good against the #2 OL. That makes me think he's being prepped to redshirt this year.

Hear me out. The formula to pick these games valued high scoring games, that were competitive late in the game, and UB wins. This game satisfies the formula. It did not look at strength of opponent, or pre-game expectations. Thus while the Bulls limping past the FCS Dukes late is a game we all want to forget, it was ranked as the #9 game in UB history. 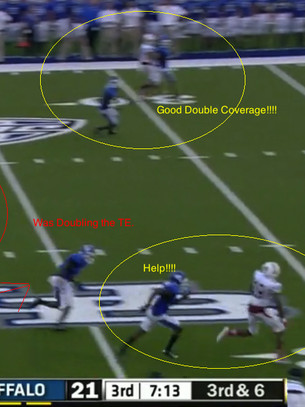 The PGM is filing a trademark for that thing we call defense™, because it surely isn't what the rest of the nation considers defense. It has no use in football, but maybe it will have profitable applications in other industries.

The game started out as planned, UB scored on their first two drives and scored late in the second quarter to take a 21-0 lead. UB lost momentum on a Marcus McGill punt return fumble setting up Duquesne for their first touchdown, their answer ended when a 44-yard field goal attempt was missed. That said, UB had a comfortable 21-7 lead at the half.

Fifteen plays into the second half the game was tied. Duquesne set up the first TD with a 41-yard pass and scored the second on an 88-yard touchdown pass. At the end of the third, a 45-yard pass set up another Duquesne TD and their first lead of the game at 28-24.

In UB's final two drives, Anthone Taylor ran 13 times for 47 yards while Licata took advantage of run defense to go 5 for 5 for 105 yards and a 2 TDs, with 4 of those passes going to Ron Willoughby who had 94 yards and both TDs. UB's two run dominated drive ate up 9:56 of the 4th quarter and resulted in a 38-28 UB lead with 84 seconds remaining. Duquesne drove to the 13, but ran out of time and UB opened their season with a come from behind win.