It's almost certainly the Buffalo in me, but I firmly believe that sports fandom is cemented by shared grief. We have a problem with bandwagon fans not because they're supporting our team - it's way more fun to celebrate with more people - but because we know they have a different emotional attachment than we do. We can't bear to turn away because we can't accept that the heartbreak will turn out to be for nothing.

That shared grief - in seasons that ended short of the sun with melted wings and in those that never got out of the tower - is the touchstone of my rooting interests. It's why, while I consider myself an LA Clippers and Galaxy fan, I don't quite latch onto them game by game like I do other sports. It's why I didn't need much pushing to launch into rooting for Yassin Idbihi and Rod Middleton - listening to the double-overtime loss at Kent on a drive home, and then staying in the car in the driveway with my dad as Leon Williams happened.

It's why in the span of just over two years I was locked into a trio of teams and a very unfortunate, Lake Erie-centric, fandom.

On October 26 1997 the Cleveland Indians, who I adopted in early 1996 because that's where all my favorite Bisons went, lost Game 7 of the World Series to the Florida Marlins, who continue to this day to be a disgrace to the league.

June 19 1999 was No Goal. I'm not writing any of the Sabres posts for this series in part because the hockey losses haven't stuck with me quite the same way as those from the gridiron. Despite dominating the sports calendar, a football season really is pretty fleeting, especially when you never make the playoffs. Hockey, on the other hand, rolls with an 82 game schedule, and the Sabres have made the playoffs and been legitimate Stanley Cup contenders in the time since No Goal. That's not to say it's any easier, or I like thinking about it, but it's different from the football one.

January 8 2000. I didn't really grow up a Bills fan, rather, I grew into one. I remember the Bills being important when I was young but the first game I really remember was Todd Collins' season opening-start in 1997. I think I remember the play that ultimately ended Thurman's career. But really I became a fan because I liked spending time at my Grandma's house, and unlike my parents, Gram watched football on Sunday.

At nine and a half, the instant heartbreak of the Home Run Throwback (I will never refer to it by its other name.) wasn't apparent. I understood the nature of the playoffs, but of course couldn't foresee the coming drought, and was just struck by unbelievable nature of the play. The worst sports letdowns are the ones you have to watch a second time to be sure it really happened. Sometimes the game ends and I just hightail it out of wherever I am (BC @ Syracuse this past Thanksgiving). Sometimes the loss is so unsurprising, that there's not much else to do.

Home Run Throwback was one of the former. I remember an interview with Wade Phillips about the play that went along the lines of "We weren't concerned, because we knew it was coming back." I don't need to walk through the play itself because I could replay it forever. Suddenly the ball was over there, with lots of Titans and no Bills. 60 yards of inevitability.

The second viewing on replay was - I'm pretty sure - the first time I heard the F-word. I remember turning off the TV, knowing that if I turned it back on again we still lost, and going out to play street hockey in the driveway.

The real heartbreak here comes in the 14 and a half years since. Home Run Throwback sucked both for its timing and the randomness of the play, but it's top 3 on our list because of how heavily it looms more than a decade later. It grows more and more painful with time, as the Bills' playoff drought basically becomes Steve Carrell's virginity as his character approaches and passes 40 years old.

The first few years, well, all teams go through cycles and we still hadn't figured out the QB situation. Then in 2004, with a couple years of mediocre seasons between us and 1999, the Bills squandered an opportunity to make the playoffs, and haven't sniffed nine wins since (ed note: except 2004 see sidebar). Each year 1999 oxymoronically falls a little further and grows a little larger in the rear view. Doug Flutie grows another year older. 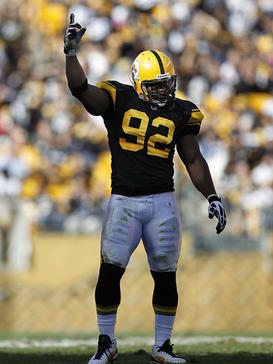 For me, the pain comes not so much in that we lost that game - my teams have lost a LOT of games, several even in the playoffs - but that this pain is still the Bills' most recent experience with the playoffs and that the loss came on one of the greatest plays in football history. The pain and 'worst moment' status is in the re-enactment more so than the 'what if?' that I talked about with Baby Joe, or that we might talk about with No Goal.

Furthermore, because of the craziness of the final play and because there's been no playoffs for the Bills since, I really don't connect this with the whole Johnson - Flutie debacle, even though this was the game it came to a head, because really all the heartbreak is in that one play. We had the game won, but for one more whistle. The team went out and played winning football regardless of the distraction. Had they gotten blown out, maybe this game is on a different spot on the list, and this piece is about the quarterback controversy and the subsequent departure of Phillips.

I'm almost sick to my stomach just writing this piece, and it's a pretty common reaction for me to these memories. A few years ago Miller Light did an ad run with audio clips of famous football plays over video of someone pouring their terrible beer into a pint glass. The first time I didn't recognize what was happening at the time and ended up just staring dumbfounded at the screen as if Dyson were running up the sideline all over again. I've had similar experiences when stupidly searching on Youtube for things like "Best Trick Plays" or "Best Comebacks."

It was probably 2006 or 2007 when I went a little further down the rabbit hole than I could normally stomach and learned that we kicked the go ahead field goal on THIRD DOWN. I understand the logic, I really do, but damn. Damn.

1) The moment I knew my Dad was "over" the Bills. In 1994 we jumped into each others arms sure the 4th time would be the charm. Six years later, when Buffalo kicked the field goal to take the lead, I jumped in celebration, he sat unmoved and simply said: "They're gonna blow it" and they did. I'm shocked devasted, he says: "told ya" and walks away unaffected.

I thought of that in 2008 the last time I believed, when I watched Trent Edwards lose 10 years off his life and JP Losman ruin our undefeated season. In 2012, I released I was "over" the Bills. Ryan Fitzpatrick carried the Bills to 4-0, and my wife celebrated, but I could only sit there and think, "they're gonna blow it" and blow it they did.

2) My dad and I were huge fans of NFL video games, so the next year when this came out it was a constant reminder of that awful game.

3) Peerless Price's face when the homerun throwback went down, was well, Peerless.

But was this heartbreaking loss worse than the Sabres heartbreaking loss in game 7 of the 2006 Eastern Conference Finals? Vote below. Voting ends Tuesday at midnight. Winner of this round goes straight to the finals to compete for UB Bull Run Worst Buffalo moment.