The best place to eat in Buffalo. Tournament Bracket Competition.

Editor's Note, I have changed the order of the matchups. Instead of just alphabetical, I moved the order around. Hey the NCAA gets to do it, why can't I? Next year any restaurant who wants to get in, call me and we can have a play in game!

Share All sharing options for: The best place to eat in Buffalo. Tournament Bracket Competition.

The Buffalo area has amazing food and amazing places to eat. It is time to finally end the debate, what restaurant is the best! You are going to choose the Best Place to Eat in Buffalo. I have nominated 32 restaurants in the greater WNY region. Before you get upset that I did not include a specific restaurant, well, sorry! I think that I have incorporated the key players in the area. You will crown the best place to eat in the Buffalo with your votes. Some real tough matchups in the first round. I placed the locations by alphabetical order. I am already looking forward to see who gets out of the first round.

This is where the chicken wing started. The chicken wing has put Buffalo on the food map. The birthplace of chicken wings , butter, Frank's hot sauce, & bleu cheese. Restaurant was established in 1935 and Teressa Bellissimo created the wings in 1964.

From the Bocce Club website, Dino Pacciotti, started working at the Bocce Club on Hickory St in Buffalo. The club had a bocce ball courts in the yard and served drinks and sandwiches inside. In 1946, Mr Pacciotti seized the opportunity to purchase the club. He soon found an old pizza over in the basement and started experimenting. He formulated his own pizza recipe and Bocce Club Pizza was born. In 1959, Dino moved into the Bailey Ave location in Amherst, seeing the proximity t UB South Campus as a big positive. 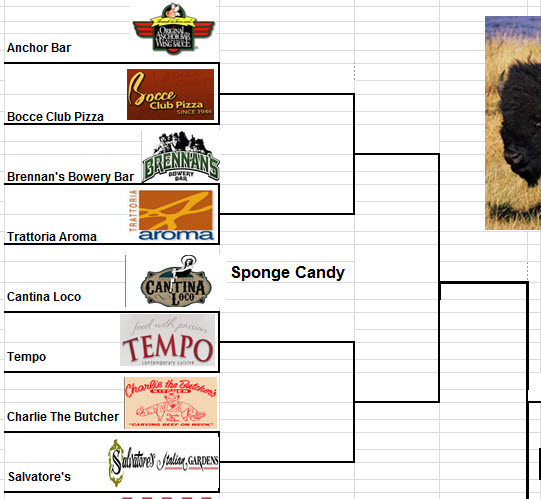 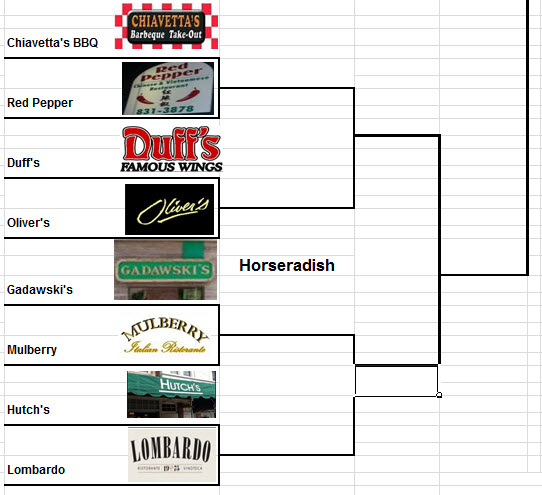 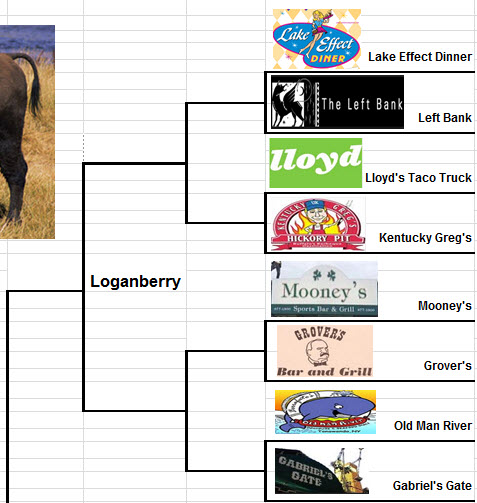 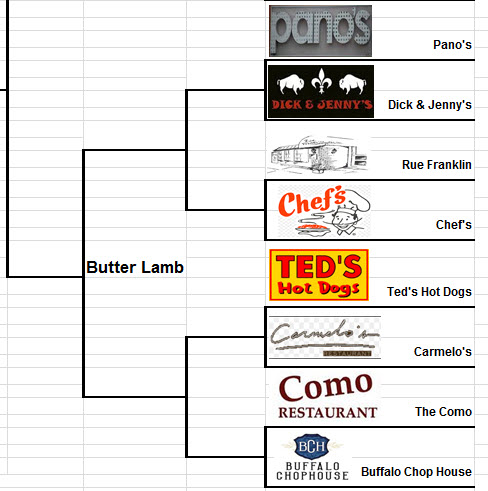 Enjoy voting and may the best restaurant win! Good Eats!