UB returns home, the students return to Alumni, and the team returns to form in a solid, solid 84-63 win over the Broncos.

Five quick thoughts because I wasn't able to do my normal instant reactions and John's more professional recap will likely be up soon.

Slow Start and Defense- Once again, a troubling slow start for the Bulls. I don't think UB potted a bucket for the first three minutes. Fortunately, neither did the Broncos, as UB's defense had another strong night and started strong while the offense warmed up.

On the evening, UB didn't hold WMU to horribly low percentages from the field, as they did against Northern Illinois, but they beat the Broncos in the "effort stats" that lead to hidden possessions. Consider that UB forced 18 turnovers and held a wild 41-27 advantage on the boards, and it doesn't really matter how well the Broncos and their powerful frontcourt fared.

As for the offense, a hockey style line change woke the team up, and then... 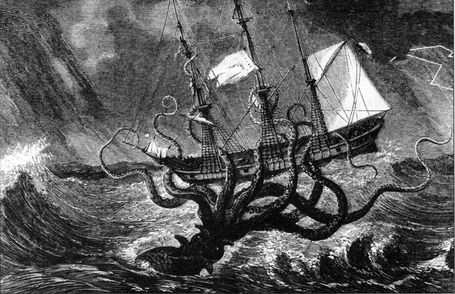 #ReleaseTheKraken - For a stretch in the first half, Javon scored 12 straight, dropped off an assist for a Ford slam, and then put in another bucket. Short of maybe 3 minutes against Binghamton, it was his best stretch of play all season, and it was awesome. UB's star scored 20 points in just 25 minutes and was part of a defensive front that held Shayne Whittington, possibly the top contender for "Best MAC Post Player (non-Kraken category)", below his season average.

Hollywood Nights - Great night on a strong first half and off the bench for freshman Shannon Evans. 17 points and a career high 7 assists for the young number 11. I for one like Evans' energy off the bench. Hurley will not always need a wholesale swap to get his team going, but some fresh legs off the bench that can push the pace at times when starters are usually starting to flag can be a huge advantage for a team.

Plus, Evans' 7 assists were part of a stellar 24 assists on 33 made buckets for the Bulls.

TRUE BLUE - The first game with classes in session since December 7th against St. Bonaventure did not disappoint, as the students showed out in force, filling their section and bringing a ton of noise against a team hoping to sneak into the upper echelon of the MAC. True Blue showed that it's not just the five on the floor visitors are going to have to contend with.

Scoreboard Watch - Basketball fans were treated to a full slate of MAC games this evening, and saw home teams go 4-2 on the night, while the divisions split the 6 games 3-3. In the East UB kept pace with Ohio and Akron, while Miami took their lumps against Toledo and Bowling Green and Kent showed why they were at the bottom of the table coming into tonight.

On the western side of things, UB's win over Western will help mitigate the Broncos racking up wins against the very bottom of the conference and possibly sneaking into a bye, while Eastern Michigan once again playing a solid game in finishing off the season sweep of Bowling Green.

UB next travels to Bowling Green on Sunday for a 2:00 tilt against the Falcons in a key MAC East game. The difference between a good team and a contender in the MAC is found in how well you play on the road, and UB has a chance to put the Falcons another notch down in the standings and move to 6-2 in conference.