Saturday's long awaited win over UConn was by some seen as revenge for the 2008 International Bowl. It got me thinking? Who is the current national champion of Canada?

Share All sharing options for: The Traveling Canadian Champion of College Football

Inspired by EDSBS' "Travelling "The"" project, I found the traveling Canadian National Champion...the results show we had our crack at International redemption, but it wasn't last Saturday vs. UConn.

Florida, Alabama, South Carolina, Kentucky, Georgia and Auburn all enjoyed Canadian bragging rights for a brief time. Auburn became the only team to hold both the Canadian and American Championships at one time.

Committed to taking anything the Big East holds near and dear, the ACC took the Canadian Championship. Bookended by Clemson, Georgia and Virginia Techs also enjoyed short runs as Canadian Champs. Clemson lost it in the most Clemson manner, a 70-33 loss to WVU in the Orange Bowl.

WVU's last act as a Big East member was to win back the Canadian Championship...and move it to the Big 12. A fitting tribute to the conference best known for developing teams for better conferences. Has Guns Up and Canada ever been in the same sentence before? Texas Tech owned Canada for two weeks before handing it out to Octogenarian genius Bill Snyder. Snyder, who only works because he needs health insurance, got a little lax as being Canada's team does entitle you to universal health care. Without the need to win for medicine, Snyder put in a bad performance against the Baylor Bears. 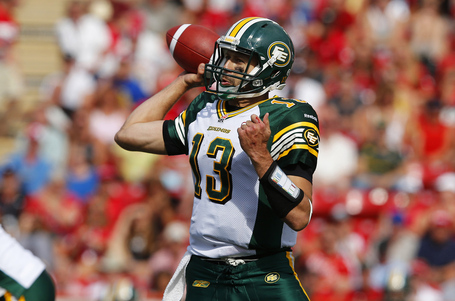 Buffalo has had two chances to bring the Canadian Championship back where it belongs, 20 or so miles south of Canada: The 2009 International Bowl, a 38-20 loss to UConn and the 2013 Baylor game, a 70-13 loss. If Baylor holds on to the Championship, Buffalo will get another shot at the Championship at home next year against the Bears.