Share All sharing options for: Home Warrior - UConn - All hail the pub!

OK UConn fans, after you read this you won't be able to say I never gave you anything. I am going to help plan your trip to Buffalo and not punish you by having a pit stop near the funk that comes off of Onondaga Lake, right near Syracuse.

If you want to make it in a reasonable amount of time whilst not tripping any speed traps than you unfortunately have to stick on 90 and give the state it's pound of flesh.

I-90 is not exactly fun but in upstate New York it's at least a nice scenic drive. Having spent the past decade out in the plains I can not tell you how much I appreciated seeing rolling hills covered with thick forest when I drove the thruway in from the coast this summer.

Buffalo's game with UConn is at 3:30 and there is a 1:00 concert. It might be worth it to leave late Friday.

If you leave Connecticut by 6:30 pm on Friday you will get to Utica just in time to try out the Nail Creek Pub. It's off the thruway a little bit but in New York anything worth eating means jumping off of 90. The kitchen is open until 10 and the beers are some of the best in the region. This is close enough to half way to Buffalo so why not enjoy a little joy before the Bulls ruin your weekend.

As part of Danny White's push for 100,000 fans this year UB will be having five concerts, one during each game at UB stadium. Randy Houser will be having a concert at UB stadium in advance of the UConn game. Tickets to the game get you into the concert.

Country is not really my thing but from what others tell me Houser is a pretty good singer.

If you plan to take in Buffalo's developing waterfront you may want to stay at Adams Mark in Buffalo. On the outside it looks like something produced in Soviet Russia and it's not particularly compelling on the inside either.

So why stay at a place which jumps out of a Bond Movie?

Well, after decades of talking about their waterfront Buffalo is actually doing something about it. I recently took a tour myself of the waterfront from the Buffalo Rive down through the old Canal locks and back again. It's impressive how far the city has come since the turn of the century. 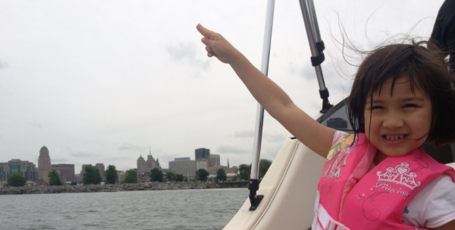 There are still some things that need to happen to turn it into something amazing but it's now a very nice afternoon out. Unless you know someone willing to give you a personal tour in the area you might want to look into the Miss Buffalo.

The Mark Twain House and Museum was the home of Samuel Langhorne Clemens from 1874 to 1891.