3 Reasons not to compare College Athletes to victims

It's trendy to paint a college athlete as the victim of an evil oppressive system. It's so trendy its catching..

Share All sharing options for: 3 Reasons not to compare College Athletes to victims

Caught this while perusing the mother ship..

Why firing Mark Emmert would not be enough to fix the NCAA - SBNation.com
Amateurism is a malignant tumor; it infects everything that it touches. When your organization is predicated on unpaid labor, it's forced to use underhanded tactics to attempt to root out violations of that policy because there's no legal way to accomplish the goal of maintaining that unpaid labor force. The NCAA is a plantation, and when you run a plantation there's no way that you'll have clean enforcers.

It's part of a larger piece which is a very good read. This is an area where people of good conscious can disagree and Robert Wheel is part of a growing number who think that college athletes are abused by the system and being taken advantage of. His piece is a very concise collection of some reasons many have used in the past. But as a rule if you sound like Jason Whitlock you're probably jumping your third shark of the day.

Conrad and Dave, who I respect greatly for their perspective disagree with me so maybe, just maybe, I am the one in the wrong. The problem is people stop dealing in facts and deal with grand sweeping appeals to emotion that stunt the debate.. here is my attempt to end that!

College Athletes are not Slaves!

Ok who said A and who said B?

Slavery is a moral blight from which we as a people still feel the effects of. Slavery is not merely about "free labor" it's about the dehumanization of people based solely on a tribe, tongue, culture, or birth status. People did not choose to be slaves and they sure as hell did not choose to be born as slaves.

This nation is only a few generations removed from institutional slavery which is an institution that still exists in parts of the world. Are we so spoiled and rich as a people that someone actually tries to draw a parallel between a voluntary contract and slavery?

Ok which is which? Can someone help me?

Once an indentured servant receives his compensation for the contract he has no right to exit the contract without fear of incarceration. That is to say you *WILL* work with the person who holds you as a bond servant or you will go to prison.

If a shopkeeper brought you over from England you could not walk away and go work for the shop keeper across the street who did not beat him employees.

A college letter of intent and scholarship agreement is a typical common law agreement in that either party can walk away whenever they want. Do you hate your coach? want to be closer to home? Are you not happy with the amount of playing time you're getting. Go somewhere else! The most you will have to wait is one year before playing.

We can argue the merit of cash payments versus scholarships all we want and somewhere in their you can find good points on either side.

What can not be debated is that we live in a time when tuition is spiraling out of control, and students are graduating with debt so crushing it will take them 15 years or more to get out from under. There are a lot of reasons for it but at the end of the day it can cost a kid more than 150,000$ to get an education at a state school like UConn if they come from out of state.

Over four years that works out to almost forty thousand dollars a year which is better than a lot of kids with four year degrees will get coming out of school. They miss the opportunity to hold down menial jobs in the school library (guilty) or pull in a sweet 8$ an hour to tutor people (guilty) but they don't have to sweat any of the big ticket items that their classmates have to worry about.

So is the Amateur status a tumor? 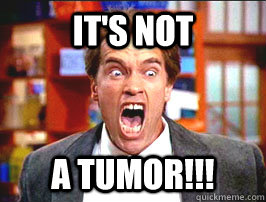 2% of College athletes are good enough to go pro. Let that sink in just 2%.

If not for the appeal of a schools name would people be paying to watch them play? No, not really. UFL ball is better than most college ball and it's ratings are awful.

The guys who are just not good enough to make the NBA might go overseas and make 35K in salary, and from that they have to pay room and board. In other words if you're Mitchell Watt you were better compensated while playing for UB than you are playing pro ball overseas.

Yes there are ways to treat college athletes better that do not relate to getting a stipend or revenue sharing check. Here are the things I think that can be done to treat athletes better.

1) Scholarships are for four years!

Not renewed each year: A kid should not have to worry about a coaching change or career ending injury. If he has to leave the team for one of those reasons the school should have to honor the scholarship even if it does not count against the team.

Take the money you get from EA and secondary licensing of games and put it in a graduate fund available to the 99% of college athletes who don't go pro, or those who do and want to come back later to grad school.

3) Remove any age or educational prohibitions on entry to the NFL or NBA.

Hey if going to college is wage slavery let the players try their hand at the pro's without the training and development which they get at the college level.