Philbin anchored a defensive line that held a Colts offense that averaged 29 points a game to a single touchdown. The improbable win of an AFL team over an NFL team helped create the league as we know it today and solidified the must see spectacle of the Super Bowl.

Gemara was released a few weeks into the 2007 season, but was brought back during the playoffs as a member of the practice squad. He didn't play in Super Bowl XLII, but maybe he should have. The Pats could have used UB's all-time leader in passes defended on at least one play in that game: 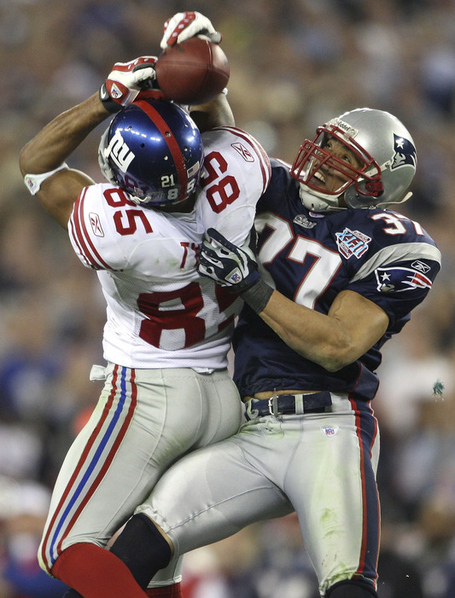 With Jamey Richard as back up center and Drew Willy on the practice squad, the Cotls arrived for the Super Bowl in Miami with two Bulls, a first in UB history. Richard saw action on special teams making him the first Bull on field during the Super Bowl since Philbin in Super Bowl III, which was also played in Miami.

James Starks became the 2nd Bull to win the Lombardi Trophy as he ran for 52 yards on 11 carriers to help the Packers hold off the Pittsburgh Steelers. His profile which grew tremendously over the course of the playoffs (see: Who Is James Starks) exploded as he became a nationally known player as well as a local hero.