Peter King and The Temple Of Doomed AQ Schools

Share All sharing options for: Peter King and The Temple Of Doomed AQ Schools

There is a rule that I have come to understand. It's better to deliver snark without actually thinking about what your saying. This is especially true if you work for ESPN or Sports Illustrated. It's one of the reasons that editorial coverage on sites like SBNation are getting traction.

You see while some fan managed sites are turning out great coverage of this years expansion bomb the Major media sits like a very young child fascinated by fireworks...

Parents know what I am talking about. There is a combination of awe and fear which they can only articulate as 'wow big boom'. It's cute, a little funny, but aside from that there is really nothing being said that you don't already know. The other thing a toddler might do is hid their face and cry until it's over.

Media coverage of expansion tends to fall into one of these two categories.

Bills, Lions, Browns share joy of surprising starts - Peter King - SI.com
"UConn, which has no athletic director and a new president, may have nowhere to go. Because most realignment decisions are driven by football, joining Massachusetts in the Mid-American Conference could be UConn's best available option at this point.''

King opined with eight thoughts all centered around the MAC being below UConn. None of which were really explored, examined, or justified. Just stated.

• I bet Paul Pasqualoni has a stronger word than that.

Of course he did, when I read your dribble today I had stronger words than this. Pasqualoni is an adult and he realizes that he cant drop the F-bomb and walk away.

This is the second time the ACC has vastly changed UConn's fortunes this decade. Last time the Huskies got an accelerated boot up to the FBS level because of the ACC's earlier throttling of the conference. I'm sure whoever was running some of the programs passed over by the ACC only to get stuck with UConn and Rutgers had some strong words, maybe too strong to be quoted.

• If I were UConn, I'd rather play as an independent. 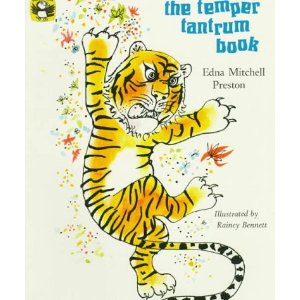 Peter I know you think really highly of UConn but their football team does not have a national audience. Frankly any UConn fan saying "Independance" is in the middle of a world class temper tantrum.

Please go to the corner sit down and get a hold of yourself.

UConn fans are terrible travelers, certainly better than a lot of mid majors but not really on the scale of Notre Dame, BYU, Army or Navy. That and the fact that most people outside of New England or eastern New York care nothing for UConn Football presents a substantial obstacle to independence.

UConn has a better shot of an ACC invite than they do long term survival as an Independent football 'power'.

Football Independents have to have a national draw to survive, Northern Illinois proved that. Look at the surviving independent teams; Notre Dame, Army, and Navy. BYU may pull is off because of the schools religious mission and the national following they have.

Honestly I don't even know if Texas can manage it over the long haul. No mater how bad Notre Dame, Army, or Navy might get their fans will weather it and go to home and road games, Notre dame has proven that over the past decade.. Can you honestly say the same thing about UConn?

In short UConn has as much chance as a football Indy as Temple did.

You are aware that Michigan is not in the Big East right? Hell, Appalachia has opened up a season in front of 100,000 plus people. Playing a Big Ten team on the road in your season opener? That's no accomplishment! If your goal is to play at the Big house, or in the swamp you dont need to be an AQ School.

Heck Akron opened up at Ohio State this season, Kent at Alabama, and Western Michigan at Ann Arbor. Temple hosted Penn State, UB Hosted UConn (yes I know not as nice as playing at Michigan but well take what we can get).

I understand that you are trying to say those in conference games at Eastern Michigan are not as attractive as going to Cincinnati or West Virginia. And I'll give you that, but do you really think an independent UConn is going to swing a notre dame type of schedule, really?

What about when West Virginia or Cincinnati finds a new home. Those in conference Big East opponents are getting less and less prestigious by the year.

Regarding that Fiesta Bowl Trip: Nothing like eating 13,000 tickets and losing 2.5 Million dollars just so OU could pound UConn into the ground. In the most down year an AQ conference has ever had you snuck into a bowl that cost your athletic program millions of dollars and served as a sign post as to just how far the Big East has fallen. Bravo sir!

I just can't imagine caring any less about what the press corps wants.

But if you want to look at the bright side of things you can just use those trips to practice your oh so clever quips about mid major schools.

• Now I know why former coach Randy Edsall left for what appeared at the time to be a parallel job, at Maryland.

The Job at Maryland was never parallel. The Big East Football brand has been limping along for a decade even if that zombie like lurch continued for ten more years the ACC is a better conference. Do you really think Randy Edsall knew Pitt and Syracuse would join him in jumping ship before the Big East hits bottom?

Pitt and Syracuse, unlike Texas A&M caugt just about everybody off guard. Edsall left because UConn is a basketball school masquerading as a football school in a group that masquerades as an AQ Conference. It did not take the recent departures to make the Big East a joke among the AQ's.

• I love the MAC. I went to Ohio U. I covered the MAC track championships in Ypsilanti once. But to think of UConn playing in it ... well, that's about the biggest headline of any of these conference changes to me.

If you were so in love with the MAC you might want to emphasize some of the positives for UConn versus independence, loving the MAC and being an Alumnus.

For instance. The MAC allows football only members so if, worst case, the Big East implodes splits and UConn is left without a home their basketball will have their pick of any conference, including the Hoops side of the Big East. The Football Program, which likely loses money without the BCS revenue could be in a compact cost effective football conference who's teams usually make a bit of money on their bowl games.

UConn as a football travel partner to Temple, UMass, and Buffalo would have a hand full of very close games every year against Large State schools.

Of course none of thie really matters. I fully expect when the dust settles UConn can land in an AQ conference and hopeless fanboys like you will still get to turn their nose up at the mid major programs. UConn, like Temple, will be coveted for their Basketball program and be allowed to bring their ugly sister (their football programs) along for the ride.

• Oh -- I wonder what Gary Patterson and the brain trust at TCU are thinking of their decision to join the Big East now. Suddenly, those trips to Fort Collins and Laramie don't seem so stupid.

On this we agree. The bet was that the Big East would survive and would at least give TCU a shot at a yearly BCS bowl because, well, they are way better than any other football program in the East.
Maybe Pitt and Syracuse got out because they would rather be the whipping boy for Virginia Tech than TCU. After all they have gotten used to pushing UConn and Rutgers around.