And the winner is.... The Chazz Man

Share All sharing options for: And the winner is.... The Chazz Man 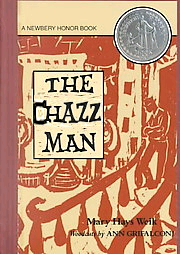 Chazz Anderson came to Buffalo because he had one year of eligibility left and he wanted to do something special. After fighting off a surprising challenge from true sophomore Alex Zordich he will get that chance this year.

Today Coach Quinn finally settled on a number one quarterback naming Anderson after a public scrimmage. Most fans expected Anderson, who spent three years with coach Quinn at Cincinnati, to run away with the spot after he transferred to UB this spring but it took until today, two weeks before UB kicks off against Pitt, for Chazz to pull away.

Coach Quinn said earlier this summer that Anderson was going to have to earn the job. He did and will be the fourth week one starter in as many years.

"He will be given the opportunity to compete for the quarterback position, but like every member of our football team, he will have to go out and earn it. In our system, if you prepare like a starter and perform like a starter, then you become the starter. We have the same expectation for everyone of our quarterbacks." -- Coach Jeff Quinn The day Anderson Transferred

For his part Zordich impressed. He was was already second on the depth cart before Andersons arrival having lost out to Junior Jerry Davis after a closely fought siring camp. Many who wathed the Bulls this month have really been impressed with the improvemnt in his game over the spring.

During his career with the BearCats, he completed 74-of-126 passes (58.7%) for 729 yards, three touchdowns and four interceptions. Last season he backed up Collaros and completed 23-of-45 passes for 206 yards while rushing 19 times for 80 yards.

During high school Anderson took Pickerington Central, to the state finals and earned Division II player of the year honors.  When he signed with the Bearcats he was ranked among the top 40 dual-threat quarterback recruits in the nation after amassing more than 6,000 yards passing, including 50 touchdowns, and over 1,000 yards rushing in his prep career, while going 39-6 as a starter.