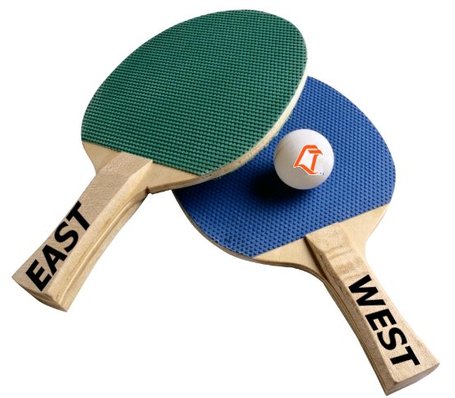 Last post about MAC Divisions or Expansion unless there is some substantial news, I promise..... Maybe...

I'm a big fan of anything that helps MAC football get further ahead. I don't yet know if UMass is going to move us forward or not but there is one thing that the Minutemen will do for sure. They will shake up the MAC divisions.

The current MAC East / West alignment is going to change. Bowling Green or Miami are going to hop on over to the west to balance out the conferences football pool.

It's a good deal for either school, but better for Bowling green who's average commute to a football game would shrink to 130 miles and they would be paired with Toledo, their main rival.

But this won't work for hoops where the MAC is already a balanced league with six in the east and six in the west. So either Bowling Green/Miami is going to be a divisional ping pong ball or the Mid American Conference needs to do something drastic.

No they are not going to add a new basketball only member to balance out the divisions at 7-6 rather than 7-5, are they? If the MAC is wondering 'what do we do'? They can take queues from the football only members and how their home hoops conference does conference ball.

The A10, as appropriately named as the Big 10, has 14 hoops programs that all play each other once, and then they get three more games that change from year to year. To top it off they don't send every team to their conference tournament, just the top 12.

No need for divisions or symmetrical schedules when you have an honest to goodness playoff after the regular season. This will in no way be the most 'fair' system for each and every team in each and every year but it may lift the conference as a whole.

Use some sensible, not perfect, method to pick the top 8 and the bottom 8 teams going into MAC play. After each team finishes their swing through the conference proceed to this 'pod play'. This would complete the home and home aspect and still maintain a 16 game conference schedule.

This lets the best of the top half teams pad their RPI's a bit. The biggest benefit would be to the top teams that are now in the MAC west. Being able to avoid four to six games a year against sub 300 RPI teams will help them to improve their profile for post season tournaments.

So how should the MAC do basketball?