Who's Talking Bull? Tunisia's Got Nothing on UCLA Fans!

Share All sharing options for: Who's Talking Bull? Tunisia's Got Nothing on UCLA Fans! 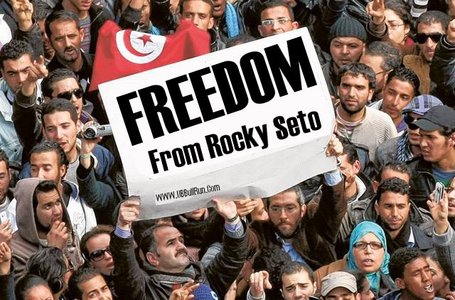 UCLA Fans have a Twitter Revolution of their own! Did The Internet Kill The Rocky Seto Hire At UCLA? - SBNation.com Did a grassroots internet effort quash an attempt by Rick Neuheisel to hire a former Pete Carroll assistant as his new defensive coordinator at UCLA?

This is just about as surprising as Snow in the South Towns! Lane Kiffin, Tennessee In NCAA Investigation Hot Water, According To Report - SBNation.com According to a report, Lane Kiffin and his former program could face sanctions for unauthorized contact with recruits. (Noooooooooooooooooooo Way)

And you think we have it bad being in the shadow of Syracuse? North Alabama mulling over jump to NCAA Division I athletics | al.com University of North Alabama officials could decide next month whether to move its athletics program to NCAA Division I, according to Steve Pierce, president pro tem of the school's board of trustees. (When They call a player to recruit they will just say 'north'' very quietly)

Want to turn failure into success? Just change how you state it! Half of big-time NCAA programs had major violations - USATODAY.com The National Collegiate Athletic Association punished nearly half of all big-time college sports programs for major violations of its rules in the last decade, an Inside Higher Ed analysis shows. (Which is another way of saying more than half of major violations were not punished!)

Ziegler tops list of MAC freshman phenons - Colleges - The Buffalo News
University at Buffalo freshman forward Javon McCrea has scored in double figures nine times, including four of the last five, and has one double-double while playing just more than 20 minutes a game.