Who's Talking Bull? Living in Muncie can drive one to drink!

Share All sharing options for: Who's Talking Bull? Living in Muncie can drive one to drink! 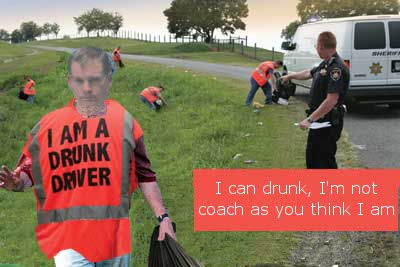 FOOTBALL: Assistant coach arrested, charged with drunken driving - The Ball State Daily News
Terry Lantz was charged with operating a vehicle while intoxicated with a blood alcohol content above 0.15, which is a Class A misdemeanor.

Ranking the biggest risk takers on the MAC recruiting trail | MLive.com
No. 1 Jeff Quinn at Buffalo -- Buffalo followed up its dead last finish in 2010 with a recruiting class very light on the "wow factor." Maybe Quinn knows something 120 other D-1 teams don't? 78 percent of their class (15 out of 19) had no D-1 options outside of the Bulls.

Fiesta Bowl Investigation: IRS Involved, CEO Placed On Leave According To Reports - SBNation.com
Fiesta Bowl CEO John Junker is being placed on administrative leave due to developments in an ongoing investigation of political contributions made by bowl employees.

Fiesta Bowl CEO John Junker placed on leave - Campus Rivalry: College Football & Basketball News, Recruiting, Game Picks, and More - USATODAY.com
The bowl is awaiting the findings of an independent special committee -- whose three members include retired state Supreme Court Justice Ruth McGregor -- appointed by the board last October to look into charges that employees were encouraged to write checks to specific political candidates and were reimbursed by the bowl through bonuses.