Talking Bull: Tell us what you really think WVU

Share All sharing options for: Talking Bull: Tell us what you really think WVU 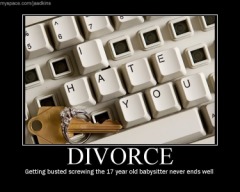 Sometimes people say nasty things in a divorce. Just look at West Virginia's fast track escape from the Big East.Of course once both sides layer up then the real hatred starts.

West Virginia has now said publicly what the entire world has known, and the Big East has denied. The Big East sucks and any FBS team in the conference would sell a kidney for another AQ invite.

Oliver Luck of West Virginia Mountaineers says school fortunate to get out of Big East - ESPN
Luck told the Charleston Gazette over the weekend that his program was leaving the Big East "when the ship was seriously going down. I mean, only the tip of the sail was showing."

But they have Boise, Houston, and SMU now. All of these are programs that can play at your level, to say nothing of BYU's rumored interest.

Dennis Erickson Fired? Internet Report False, Says Internet Report - From Our Editors - SBNation.com
I'm not sure what FootballScoop.com is, but it reported Arizona State coach Dennis Erickson will be fired at the end of the year. Said that to say this: in a report posted on the Internet titled "Erickson internet report is false," the Arizona Republic has shot down the rumor.

Coaching Chaos - After you beat them then Join Them:

Coaching Chaos - No MAC for you!

UMass fires Morris after dropping final three games - NCAA Football - CBSSports.com
McCutcheon said he felt the program needed "new direction in leadership" as it makes the jump to the Football Bowl Subdivision as a football-only member of the Mid-American Conference next season.

Tis' the Season of Miracles

I really wanted that red rider bb gun but now I would rather have *any* scenario that does not include an SEC rematch!

BCS Standings And Bowl Projections, Week 13: SEC Tiebreaker Now Nationally Relevant - SBNation.com
Looking at the SEC cluster atop Week 13's BCS rankings, it's time to learn a thing or two about how the SEC settles its scores.

Love Baylor or hate them you have to respect this fan!

And Time to Bask in the Glow of win!

Bulls' Lee does his best to fill in for Neutz - UB Football - The Buffalo News
Fred Lee felt almost as bad as Alex Neutz when UB lost its starting receiver to a wrist fracture two games ago. All Lee could do was promise his close friend he'd do his best to fill his shoes. And Saturday, in a 51-10 rout of Akron, he delivered.

University at Buffalo Bulls look to end season on a high note | Sports | Metrowny.com
All eyes will be focused on the quarterbacks, however. Chazz Anderson plays his final game of collegiate eligibility Friday, leaving Joe Licata (freshman) and Alex Zordich (sophomore) as the likely replacement candidates.

Oliver Named MAC East Player of the Week After Record-Setting Day - Buffalo Athletics
University at Buffalo running back Branden Oliver was named Mid-American Conference East Division Offensive Player of the Week on Monday after his record-setting day against Akron on Saturday. The sophomore running back set a Division I-A school record with 235 yards rushing on 29 carries (8.1 yards per carry). He also scored a pair of touchdowns in Buffalo's 51-10 rout of Akron.