UB Versus The MAC: Week 5

Share All sharing options for: UB Versus The MAC: Week 5

With their win over Miami, UB opened up a three game winning streak over the Redhawks. It is the fouth three-game win streak over a MAC opponent, however UB has never defeated a MAC team four consecutive times.

With the Miami streak safe for another year, UB has eight other streaks at risk in 2014 MAC play: 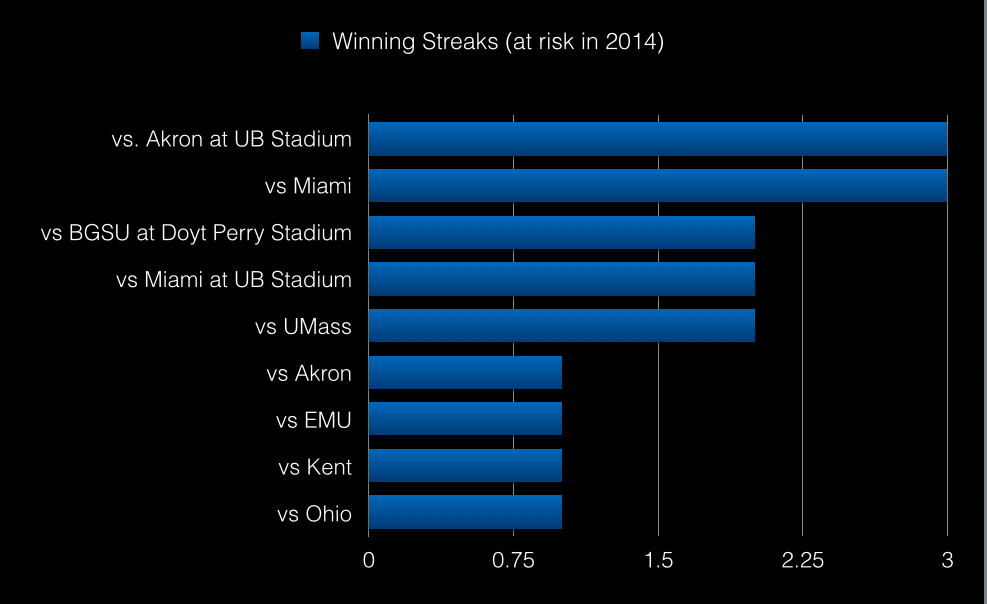 UB won 40-34 in amazing comeback fashion to clinch the 2008 MAC East title in Bowling Green. In their last trip to the Doyt, Quinn won his first FBS game a very 20XX 28-26 win that featured 7 combined interceptions, 4 combined fumbles lost and two missed field goals. Neither team has faced each other at home in three years: the 2012 BGSU game was held at Crew Stadium in Columbus and the 2013 game was held at Ralph Wilson Stadium in Orchard Park, New York.

Buffalo also has seven losing streaks they can end in 2014. UB has never won at the Factory, and UB has three-game losing streaks against Bowling Green and Central Michigan. Strangely UB is great at Dix Stadium in Kent, and Kent is great at UB Stadium. Finally, UB's struggles at McGuirk in the bad Amherst dates back to the mid-90s. 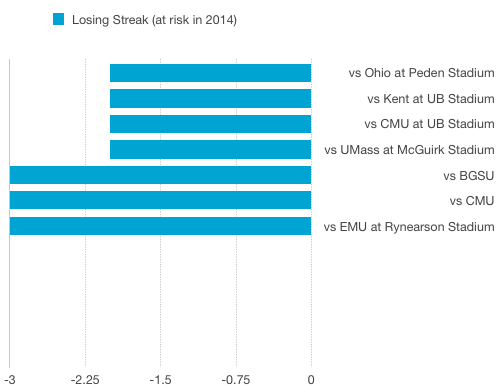 Other notable win streaks not at risk this year are a two-game rowing of WMU's boat, a two-game home winning streak against Ohio and a four-game win streak at Kent State. 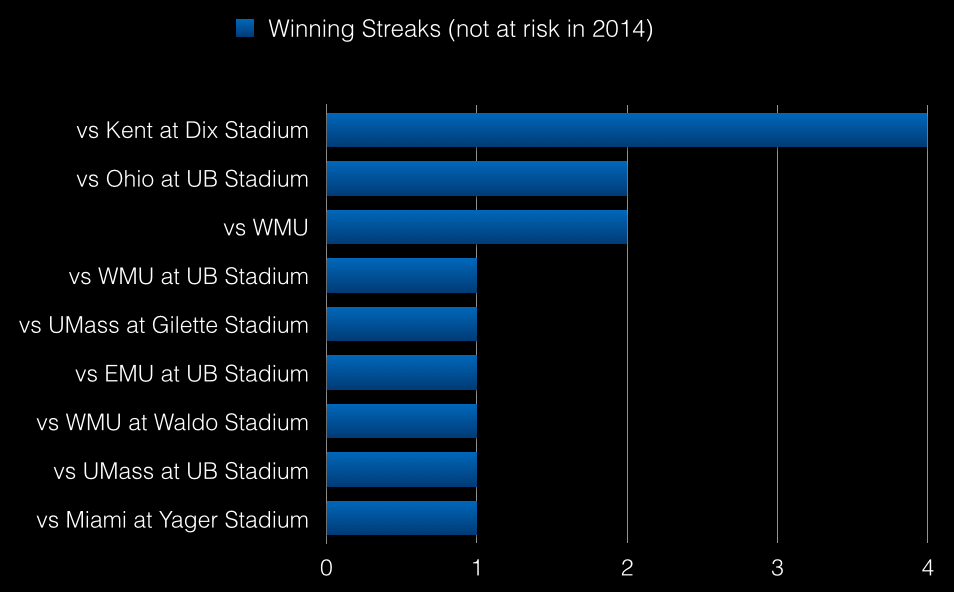 Losing streaks that will live on include losing to Ball State everywhere but Detroit, and a very long losing streak to Northern Illinois. 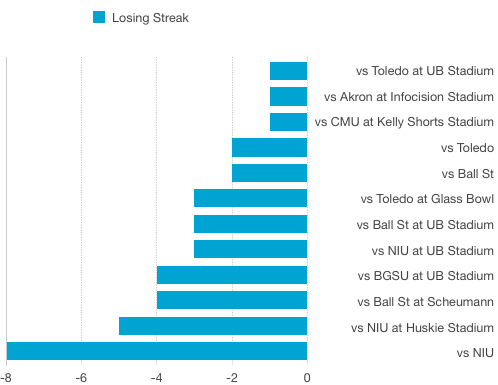