Sometimes, when you're only half way through the story, you don't know if it will be a happy or tragic ending. With the events surrounding the Buffalo Bills this summer, this is one such story.

In October 2007, Ralph Wilson petitioned the NFL to give his franchise permission to play home games in Toronto. The proposal was for the Buffalo Bills to play one home game per season in Toronto for five years, and to play exhibition games in Toronto in 2008, 2010 and 2012. It has since been extended to 2017.

The motivation behind the move was to expand Buffalo's footprint and their fan base. But at a  press conference in 2006 Toronto businessmen Ted Rogers and Larry Tanenbaum held a news conference, where the two men discussed bringing an NFL franchise to Toronto. That spurred Wilson into action.

CFL Commissioner Mark Cohon saw the move as an attempt to prevent the NFL from considering Toronto for a future franchise. He told ESPN that he believed the series was an attempt by Buffalo to say to the League "'Hey, this our territory, we don't want another NFL team coming here.'"

Buffalo last played a game in Canada back in 1961 when Wilson took his team to Hamilton to take on the Tiger-Cats of the CFL.

Gary Curtis of "The Hamilton Spectator" notes that the first half of the game was played by Canadian rules and the second half by American Rules.Even when playing American rules however the field was not shrunk to American dimensions.

The game went into the fourth Quarter with the score 28-8. Buffalo looked better but still fell 38-21 . After the game Wilson asked for a rematch but the Ticat GM Ralph Sazio declined.

The initial game, being a first of it's kind for Toronto, drew 8 million dollars in ticket revenue. That was the sole highlight of the Toronto series, it went pretty downhill from there. The first four years of the series were widely suspected to have included large ticket giveaways in order to increase attendance. Then in 2012, even with the giveaways, attendance dropped from from about 50,000 to 40,000. The following year, the first year of the new Toronto series extension deal, attendance tumbled even further.

While the reception in Toronto started out well and then faded, interest in the series from Bills fans in Western New York has always been ice cold.

There is nothing Buffalo fans love more than a good tailgate and Toronto provides *NOTHING* like a good tailgate. No tailgates. No Grills. No bring-your-own booze.

True American Football fans know that the tailgate is a least half of the experience. It's why teams, both college and pro, aim at making the pregame parking lot experience as memorable as the game itself. Without that aspect of the experience, the Canadian Series was doomed. 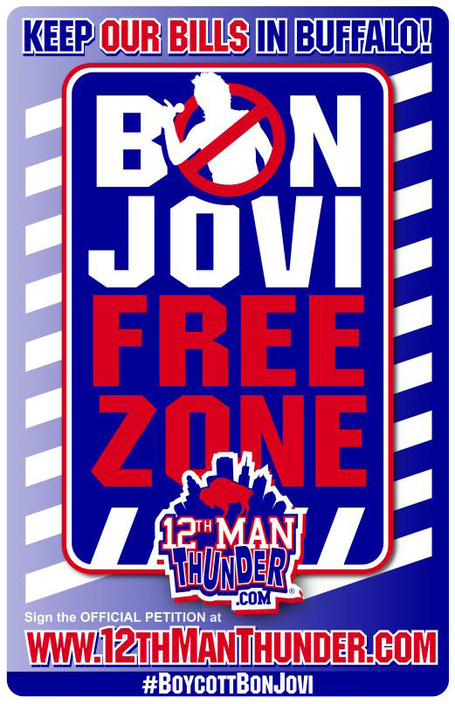 After the Toronto Series was postponed, Bills Owner Ralph Wilson, passed away. Suddenly the future of the franchise in Buffalo is in some doubt leading to rumors that rock star Bon Jovi was interested in pairing up with Canadian interests to purchase the Bills and move the team to Canada.

Buffalo fans, still dealing with the loss of an original AFL owner and friend to the city, have reacted rather negatively to this prospect. The presence of Bon Jovi has given a face to everything Buffalo fans fear.

Could "small market Buffalo" have it's team stolen away by a famous entertainer and and his business partners from up north? Many local bar owners are doing their part to stop him, as they have banned Bon Jovi music from their establishments. Bigger Buffalo businessmen have also been motivated to act: Tom Golisano and Terry Pegula have considered their own bids for the team, each wanting to keep the Bills in Buffalo.

So is this one of the worst moments? It could be but then again... 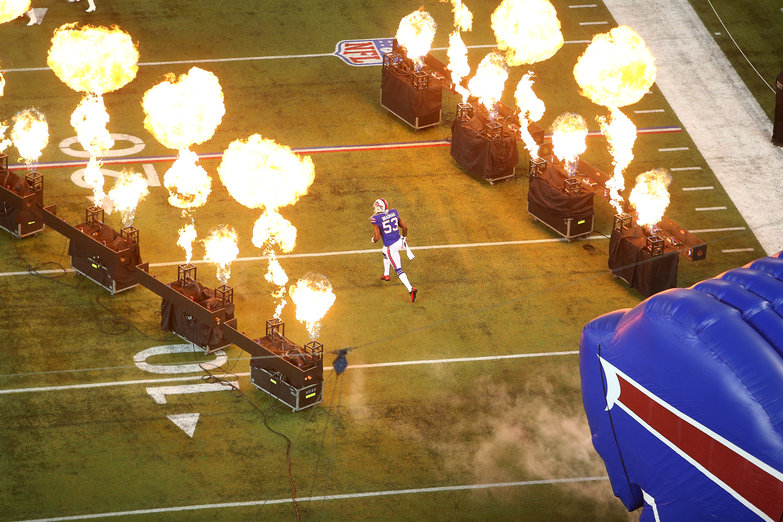 This is a story that has yet to finish. The good which might come out of this series is the iron clad proof that Toronto, as a city, is like Los Angeles. Big, populated, fun to visit, yet devoid of the spirit needed to support an NFL team.

LA, like Toronto, are dominated by their legendary team (Lakers/Leafs) and does alright by their NHL, NBA and MLB franchises. Yet LA proved twice they couldn't keep the NFL in their city. When Toronto turned out just 38,000 people for an NFL game last year it may have proved that Toronto too cannot support the NFL. This could have been the end of the "Bills to Toronto" movement. Then again, Toronto supporters could point at the attendance in 2008 and say "If this was Toronto's team then more fans would attend."

Each side of the debate will have their reasons why the stupid Bills Toronto Series supports their case for the "Toronto Bills". In the end though it will be money that talks. If the Bills end up in Toronto this series can be seen as a successful feasibility study.

The Toronto Series is a slap in the face to a fan base that supports a losing team faithfully. The explanation of needing additional revenue wears thin as the owner forfeited naming rights of the stadium in favor of naming it after himself. Don't even get me started on the publicly funded 130 million dollar renovation, which is mostly wasted now that new stadium is seemingly requisite to keep the Bills in Buffalo. The Toronto Series is bad, but is it worse than the Crash at the Ralph? Vote below.