Coach William Inge's last coaching move took him from Amherst (Bulls) to Orchard Park (Bills). Aside from a 10 minute longer commute there was not change. This time he has to move a little bit further.

I always liked Coach Inge even if his move to the 3-4 was somewhat ill advised it was handled much better than UB's transition from a Pro Set offense to a spread dugint he same period. I'm really happy to see that the staff turnover with the Buffalo Bills did not keep him on the bench too long.

Not everyone you know is a football fan...

FINAL JEOPARDY WAS A COLLEGE FOOTBALL DISASTER - Every Day Should Be Saturday
You sometimes forget the big picture, i.e. how life might look to the vast majority of Americans, those who somehow in their passage from the cradle to the grave do not feel the sweet caress of college football. They're out there, and they're the terrifying silent majority, doing things like still buying music heard on the radio and naming their children "Jayden."

The 10 least powerful people in college football - SBNation.com
3. Mike Aresco, conference formerly known as Big East commissioner What's that you say? How can he be so powerless when the league attracted the likes of TCU Boise State San Diego State Tulane and kept Pittsburgh Syracuse Rutgers Louisville South Florida around?

Funny but true list... Dang I was glad nobody from the MAC was on it.

But speaking of Big East Woes

Notre Dame Fighting Irish could join ACC this summer if school can negotiate Big East exit, according to sources
The ACC will allow Notre Dame to join the league this summer if the Fighting Irish can exit the Big East Conference, sources told ESPN. Notre Dame intended to stay in the Big East through the 2013-14 season as long as the league's seven Catholic basketball schools remained. But those schools -- DePaul, Georgetown, Marquette, Providence, St. John's, Seton Hall and Villanova -- are expected to announce in the coming days they are leaving the Big East to begin their own league on July 1.

Me thinks that, perhaps, the ACC is super duper eager because they have noticed the Irish can be quite fickle when it comes to conference alignment. Now they have an opportunity to be with the C7 and then totally independent in football. Sort of a Notre Dame dream.

Et tu, Steven? I'm right here! Seriously though its good to see an uptick in publicity around him and Ozkan after pro day.

Ok the off season is over for us blogger, time to start spinning up football coverage. SBNation has profiles on two of our foes so far.

2013 Eastern Michigan's 10 things to know: Searching for another window of opportunity - SBNation.com
EMU football has yet to amount to much. Can the 2013 Eagles build momentum for 2014? Schedule, roster, projections and more below.

When Should Jhonas Enroth Play Again? - Die By The Blade
Ryan Miller has started 14 games in a row, while Jhonas Enroth sits. Miller can't play every game the rest of the year, so when should Enroth get back in?

When Ryan Miller gets really tierd I expect him to get the Goldberg Treatment! The Sabres are struggling enough as it is, strap up Miller and play on! 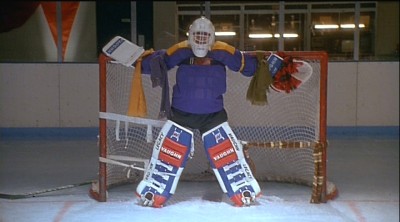 From the Mighty Ducks! via media.tumblr.com

Bills may look for Beef in the first round

Perhaps the only thing more important than a franchise Quarterback is a big fat, powerful, offensive line!