Share All sharing options for: Dial Q For Quinn: This Weeks MAC Teleconference 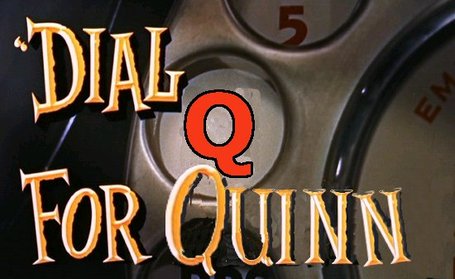 Today was this Weeks MAC Coaches Teleconference and just like last year we will be bringing you Coach Quinn's portion of the conference.

The philosopher in Jeff Quinn came out when he was asked about his relationship with Brian Kelly and what makes Kelly a solid Coach:

The two players specifically discussed were Chazz Anderson and Khalil Mack. In the case of Anderson coach Quinn talked about how his past experience at Cincinnati helped him get the system here more quickly than a typical first year.

Coach also hinted that you'll see Khalil Mack moved around on the defense, perhaps becoming that Elephant Back that was talked about last season. The Bulls just lost Syty on the inside, want to run a 3-4 hybrid, and have a pretty green secondary you may see him lined up all over the field.