Who's Talking Bull? Crow anyone?

Share All sharing options for: Who's Talking Bull? Crow anyone? 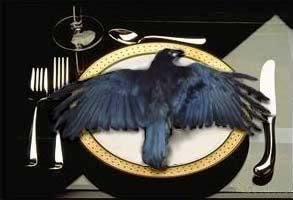 I had quite a bit of 'fun' last off season at the expense of Zach Maynard and his decision to leave Buffalo and join his Brother at Cal, Well seems as though he has made good..

Zach Maynard, who transferred from UB after the 2009 season, was named as Cal's No. 1 QB by coach Jeff Tedford in a move that wasn't much of a surprise. The left-hander - with two years of eligibility left - was picked to start the Sept. 3 season opener against Fresno State but said he looked at his promotion as a step in a process.

UB athletes win MAC titles - UB other - The Buffalo News
The University at Buffalo added more titles to its resume Saturday as the Bulls completed competition at the Mid-American Conference Outdoor Track and Field Championships in DeKalb, Ill.

Bulls Earn Two Medals at Dad Vail Regatta - Buffalo Athletics
The University at Buffalo rowing team may not have won their fourth straight Jack and Nancy Seitz Trophy at the Dad Vail Regatta, but a very a young UB squad still had a strong showing at the nation's largest collegiate rowing event. The Bulls had three boats advance to the finals with two earning medals.