The Lockout, Free Agents, and the UFL Draft...

Share All sharing options for: The Lockout, Free Agents, and the UFL Draft... 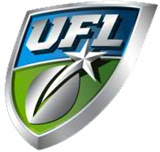 Each year hundreds of players who weren't selected get phone calls from teams inviting them to rookie minicamps. Last season two Bulls went through the disappointment of not getting drafted only to go through camps and make NFL rosters.

This year, because of the lockout there was no sting of guys on the bubble signing with NFL teams. For those hundred or so guys there is a dilemma.

Their would be some advantages for guys who miss out on free agency giving the UFL a go. Most undrafted free agents are lucky if they end up on practice squads. These same players have a serious shot at landing an impact role on a UFL roster and, more importantly, they get to prove themselves to the same NFL teams that are now prevented from signing them.

The downside is the difference in money and presteige between the UFL and the NFL. In 2010, UFL players earned $50,000 with a bonus of $10,000 if on the losing team of the Championship Game and $20,000 if on the winning team. Starting quarterbacks earn a $200,000 salary. In the NFL these same players would make far more even if they just make the practice squad, and form those practice squads they have a far easier route to an NFL roster.

Each player who goes to the UFL is under contract through February of the following year, effectively creating a two-month non-compete clause after the season ends. Any NFL team that wishes to sign a UFL player must pay a transfer fee of $25,000 to the league.

Those players who may have had contact with NFL teams which included a wink and a nod might want to let the UFL pass them by while they wait for the lockout to end, but many may just want to put on the pads this season and keep fresh waiting for that next shot at the NFL. Last season 25 UFL players had signed to NFL rosters by mid January, including Drew Willy.

Davonte Shannon, Brandon Thermilus, and perhaps Peter Bittner, may all be guys that get a look this week, if you want to fl\follow the draft use twitter (@theUFL) to keep up.