UB Brings in one Final Recruit

Share All sharing options for: UB Brings in one Final Recruit 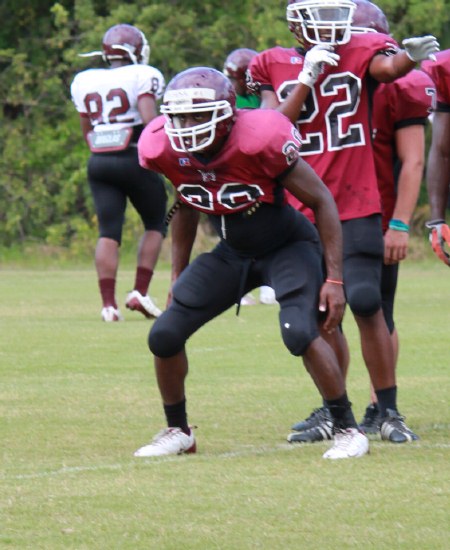 After having a couple of recruits fall through the cracks Buffalo Coach Jeff Quinn found himself with an extra scholarship. Today he filled that slot with the most uniquely named linebacker in this years class.

Wonderful Terrific Monds, a 6-3, 212-pound outside linebacker from Fort Pierce, had an offer Youngstown State and Kanasa. He also had interest from Alabama and Nebraska as late as January.

Monds comes from a fantastic pedigree, His father,was an All-American at Nebraska in the early 70s and his uncle, Mario, played for the Cincinnati Bengals and Miami Dolphins.

Monds excelled as as a rush end type at the high school level and that may be how he fits best in college also. He could end up at outside linebacker, but really seems best being allowed to get up-field, disrupt, use his speed, and get after the quarterback as opposed to dropping and playing in space.

Coach Duval will have his work cut out getting good bulk on Monds who's major down side seems to be that he is a bit light to play linebacker at the FBS level.

He helped the Panthers to a 9-1 record and a district title as a senior and recorded 87 tackles, 10 sacks and forced three fumbles as a junior while also playing tight end.