The Bull Run Inquisition: Rasor on the Zips

Share All sharing options for: The Bull Run Inquisition: Rasor on the Zips

Another week another painful loss to put behind us and what lies ahead? How about the worst team we play all season!

Still as bad as Akron's record has looked they have lost by the following margins:

In other words they are a tipped pass, a missed FG, and a stupid fumble away from having a better record than UB. In a season of games that might be remembered for setting new lows every week this game would be the biggest kick between the legs.

But there is some hope. Hope to end the season on a winning note. Heck Miami just completed a 1-11 to 8-4 turnaround. Sending UB into the off season with a win may blunt some of the challenges and heart break.

Speaking of heart break, Zips fans know all about that. They were ahead in the East with three games left in 2008, built a new stadium and flopped in 2009, brought in someone with an ND pedigree and have been something of a joke since they lost to Gardner Webb.

Enter Rasor on the Zips which skirts the line between Blog and News. As bad as this season has went Mike, and other Akron fans have had Soccer to hang their hats on. Perhaps is was that sliver of hope that made it so easy for the inquisitor to break Mr. Rasor during this weeks torture session.. 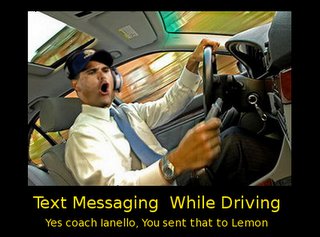 After three days of Ianello text messaging most of Mike Rasor's family was estranged, he accidentally told off his boss, and is wanted for felonies in three states and Canada. Rather than wait for Coach I to do something that might get TSA involved he confessed the following:

Bull Run: Last season coach Haywood and English both had very rough introductions to head coaching. Both seem to have made some real progress this year (especially Haywood). Try to shake off the bitterness of going 0-11, do you see the foundation for a better team being built by iCoach?

Of the players I have talked to, Ianello has not "lost" the team. That is quite an accomplishment, given his authoritarian style and zero-win record. The team has played fairly hard every week. This season has not been "a step in the right direction," but I don't think the program has regressed, long-term, since last fall.

Bull Run: UB just went under 10K attendance for the first time since 2005, Akron has had it's own issues despite some shiny new digs. What, aside from winning, do these programs need to do to get folks back in the seats?

Akron's ticket prices have gone up.  The administrators have to learn that demand should drive the price. I think Kent State did it right this year by offering dirt-cheap tickets, which helped what otherwise would have been miserable attendance.

Bull Run:  The Zips have had some real heart breakers this season. Two overtime losses (that should have been wins), a last second fumble in the redzone against Miami. UB has suffered blow outs in most of their losses. Do you think Akron is better than their record? are the better than Buffalo?

Akron and Buffalo are similar teams. Akron has only had three close losses, and each of those teams was horrible (Miami w/out its quarterback, Ball State and Kent State). These teams aren't very good, but I wouldn't say much separates them from each other.

Bull Run: Let's assume you have to prep your offense for Akron's Defense, how would you attack it?

Pass, pass, pass. And once the defense starts getting demoralized, put in a fresh running back to put the game on ice.

Bull Run: Let's assume you have to prep your defense for Akron's offense, how might you go after it?

Bull Run: How thrilled are you that Basketball season is here?

You have no idea.