Share All sharing options for: Last Game of the Season for the Bulls - The battle for 5th Place

Where did the season go?   After a long summer waiting for football to begin, here we are with the last football week of the year for the Bulls.  The University at Buffalo Bulls and Bowling Green Falcons are sitting with records that both sides thought would be much better this year.  Bowling Green is 4 - 7 with MAC record of 2 - 5.  Bowling Green has lost it's last three games.  Bowling Green has also lost 6 of it's last 7 games with the one win coming over Temple.  Last week Bowling Green lost by one point to Ohio.  In fact in the six of seven loses, Bowling Green has only been competitive in it's losses to Ohio and Toledo (even thought they held Toledo to just 28 points!)

Buffalo comes into this game off a very impressive win over Akron.  To be fair, Bowling Green is a much better team that Akron.  UB sits at 3 - 8 with a MAC record the same as Bowling Green of 2 - 5.  So this is a battle for 4th place in the MAC.

How is Bowling Green going to attack the Bulls?  Through the air.  This is a team that does not place the premium on running the ball like the Bulls do with Bo Oliver.  Bowling Green with rely on QB Matt Schilz, Schilz went 23 of 34 for 232 yards last week.  Considering the team had 345 yards total.  UB has had issues in the secondary and can be exploited but overall playing very well  Buffalo is ranked 34th in the nation in Pass Defense averaging 200 yards per game allowed.  Playing a team that nearly seventy percent of it's offense is in the air poses a very intriguing match up. It does not hurt that Friday looks to be the nicest day of the week and probably the nicest day in Buffalo for the rest of this year.  The sun will be out and the weather is predicted to hit 58 degrees. 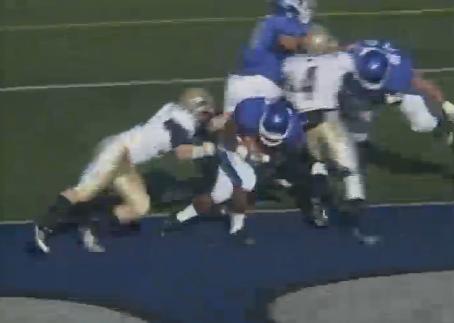 How is Buffalo going to attack Bowling Green, it's the Bo Show.  Brandon Oliver.  It is amazing that Bo is 5'8" and 235 pounds.  I am 5'8" and I had more pounds on me (ok 30 more pounds on me than Bo!) and my Doctor screamed at me to lose weight.  I am now 5'8" and 170 pounds and can't imagine what it must be like to be hit by Bo.  Bo is 65 yards short of eclipsing James Starks for best running performance in a season.  Do you think Bo and the much verbally aligned Offensive Line will be motivated to achieve this feat?   Bo scored two touchdowns last week and ended up with 273 all purpose yards (38 yards receiving) – the second-most in school history.  Bowling Green is ranked 105 in the nation in run defense with an average of 5.04.  I hope that the Bulls run 13 straight plays to start the game and get the record.